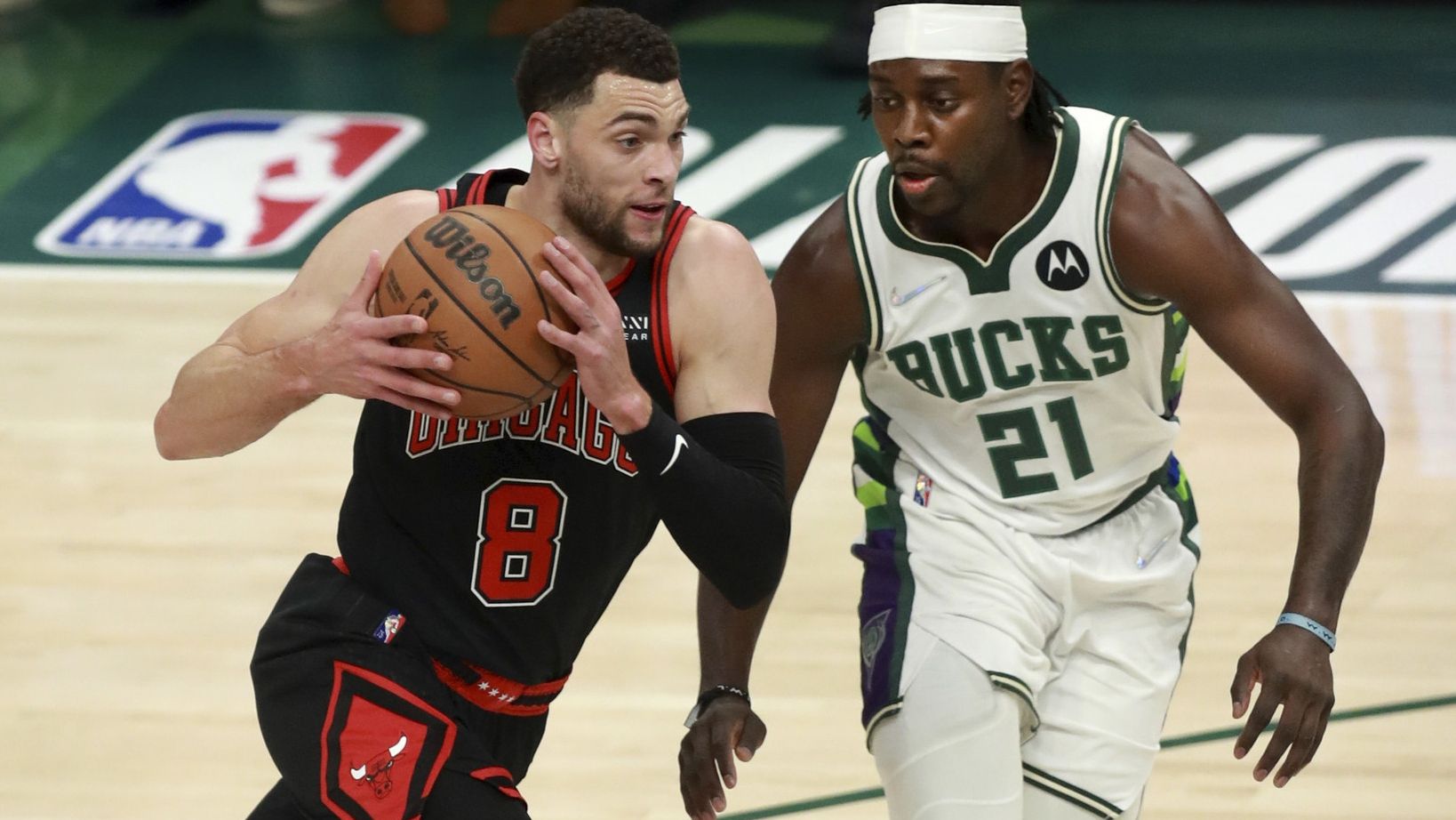 Facing elimination in their first-round series with the Milwaukee Bucks, the Chicago Bulls were dealt another blow Tuesday when Zach LaVine entered health and safety protocols.

LaVine will likely be out for Game 5 of the series, which tips off Wednesday night at 6:30 p.m. The Bulls will drive up to Milwaukee to prepare for Game 5 Tuesday night.

With Alex Caruso in concussion protocol, the Bulls might be down two starters for their must-win game.

This is LaVine’s third round in the league’s health and safety protocols in the last year. He previously tested positive for COVID-19 last April, missing several weeks during the Bulls’ push for a play-in game. LaVine tested positive again last December during the league-wide outbreak following the omicron variant surge. LaVine said he was asymptomatic during both bouts of the virus.

Bulls assistant coaches Chris Fleming and Damian Cotter missed Games 1 and 2 after testing positive for COVID the week before the series began. At that time, coach Billy Donovan said most of the Bulls players and coaching staff were not required to participate in a regular testing cadence.

Donovan said the NBA allows individuals to wait 90 days after testing positive for COVID or receiving a booster shot to begin testing again. This policy doesn’t change after individuals on a team return positive tests and Donovan wasn’t required to test even after his assistant coaches tested positive.

“We’re all concerned,” Donovan said. “You try to be as safe as you can as much as you can. I don’t know if it’s going back up again, but that’s certainly a challenge when that happens.”