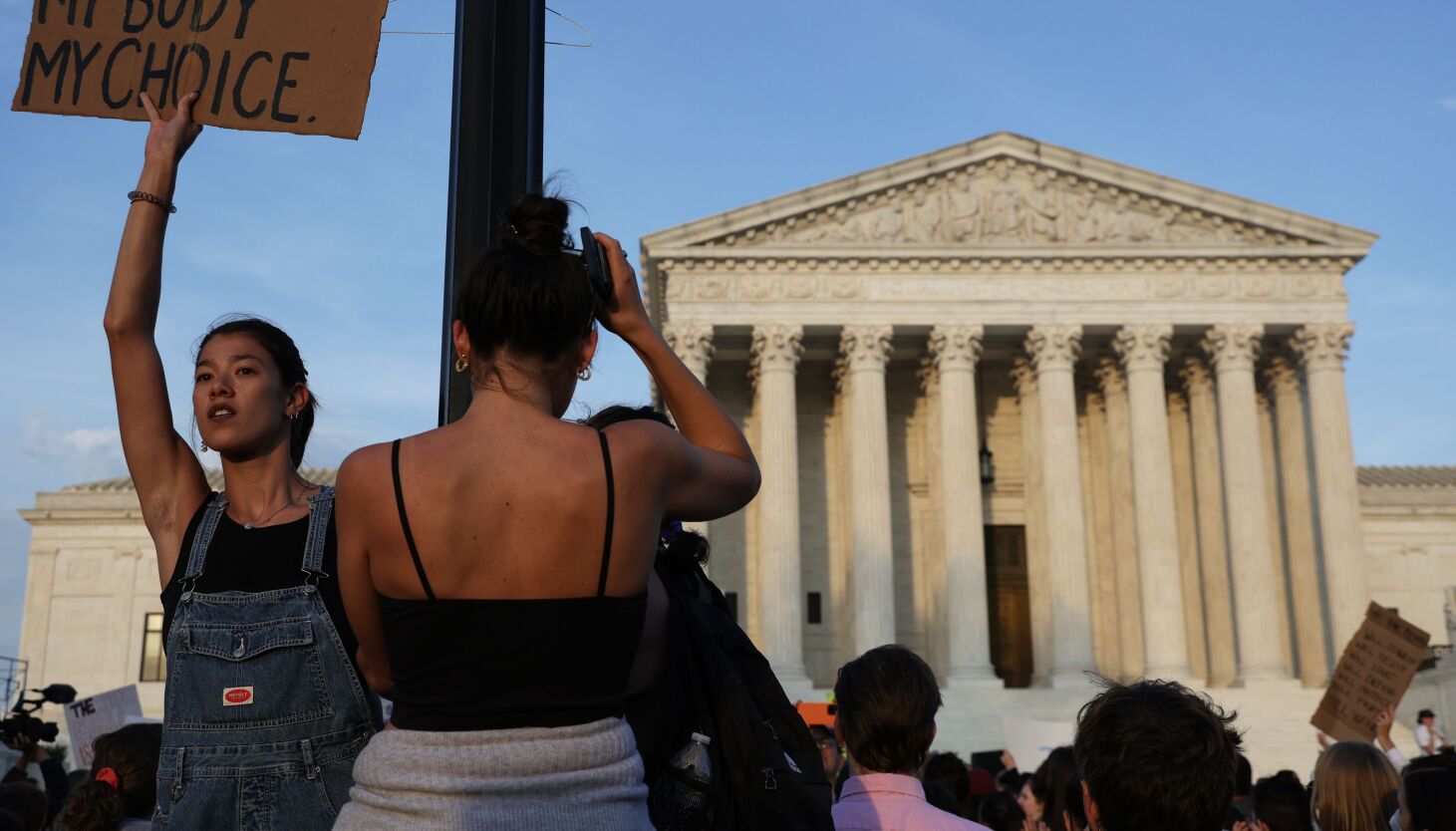 Elections have consequences, they say.

“Roe was egregiously wrong from the start,” Alito writes, suggesting the court is merely correcting decades-old “settled law,” what many have called “the law of the land.”

Those words, in fact, were uttered just over five years ago by Trump-appointed Justice Neil Gorsuch, during his confirmation hearing.

Just one year later, so convinced that Roe was safe, Republican Sen. Susan Collins of Maine went on television during Justice Brett Kavanaugh’s confirmation hearing and insisted, “I do not believe that Brett Kavanaugh will overturn Roe v. Wade.”

Some pundits were even smug about it. The Washington Post’s Kathleen Parker penned a 2018 column titled, “Calm down. Roe v. Wade isn’t going anywhere,” in which she mocked a legal analyst for suggesting the law might be in peril.

“If Chicken Little and Cassandra had a baby, they’d name him Jeffrey Toobin,” she wrote. “What new justice would want to be that man or woman, who forevermore would be credited with upending settled law and causing massive societal upheaval?”

Well, don’t tell Gorsuch, Collins or Parker, but if the leak is to be believed, SCOTUS is at the very least considering the option of being those men and women.

There are so many implications from this, if true, and you don’t have to be pro-choice to be very bothered by them.

First and foremost, overturning Roe v. Wade would mean that in many states, terminated pregnancies could immediately become a crime, with no exceptions for rape, incest or the health of the woman. Draconian, anti-woman laws like that have already been passed recently by Republicans in several states, including Texas, where a statute now makes anyone involved in the facilitation of an abortion — from a doctor to an Uber driver — potential accessories to the crime.

These laws are not popular, even in the states in which they were passed.

I am pro-life. I hate abortion, and wish desperately that women confronting that difficult and awful choice felt they had alternatives to ending the life of an unborn child. But I also believe deeply in democracy. In this country, the Supreme Court, the highest in the land, settles these issues and we must accept them.

But I have to wonder if they’d be so comfortable if liberal justices overturned conservative landmark opinions, like the gun rights case D.C. vs. Heller, or the money-in-politics case, Citizens United vs. FEC, or the religion case, Burwell vs. Hobby Lobby. If President Joe Biden or another Democratic president gets the opportunity to appoint more liberal judges, these might not be hypotheticals.

If the next group of justices can overturn settled law that is widely popular and accepted even by judges as “the law of the land,” what is the point of the Supreme Court? Unlike the other two branches, the judicial branch is supposed to act apart from political whims. If this court overturns Roe, Obergefell vs. Hodges, the gay marriage ruling, or myriad other landmark cases, who will have faith that justice in America is blind?

Then there are the political implications. The good news for Democrats is that this unpopular move by the court would give them a fighting chance in what was poised to be a bloodbath in November. I can’t think of a more galvanizing issue.

Finally, there’s the leak itself.

Toobin called it “shattering,” and wondered “how or if the institution is going to recover.” Ari Fleischer and Mike Huckabee agreed it was awful, with both calling it, unironically, “an insurrection” against the Supreme Court.

Whatever you think of the leak, and however you come down on abortion, this news is deeply troubling and has vast implications, not just for women but all American voters. And it’s just another in a long line of chilling consequences from one election in 2016, an election that in so many unforgivable and irreparable ways, shredded the democratic institutions that hold this country up.