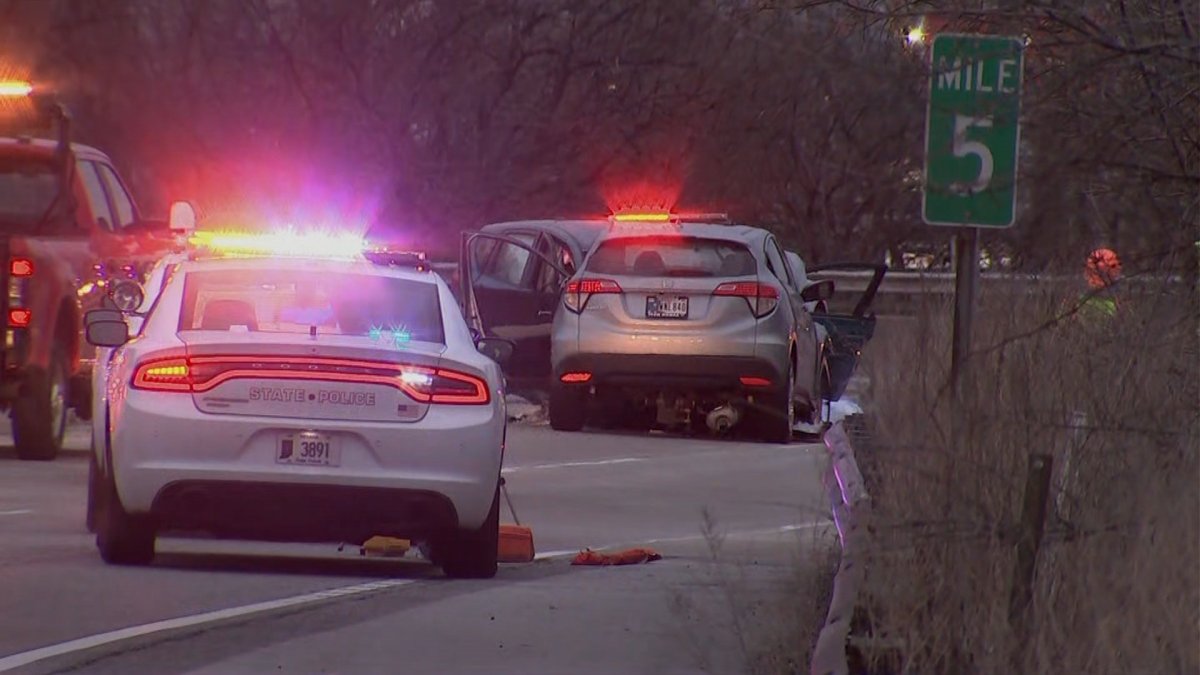 Early Thursday morning, a wrong way driver on Indiana Toll Road collided with another car, causing a fatal accident that left one driver dead and another seriously injured.

According to Indiana State Police, at 3:08 a.m., dispatchers at the Indiana Toll Road Post began to receive 911 calls of a wrong way driver on Indiana Toll Road at mile marker 5 near the Illinois Indiana state line.

The female driver of the Nissan, in her 30s, was declared deceased at the scene by the Lake County Coroner.  The driver of the Honda, a man in his 60s, was flown to the University of Chicago Hospital with potential life-threatening injuries, according to police.

Alcohol and or drugs are believed to be a factor in this crash, police say.

The westbound lanes of the Indiana Toll Road near Gary were closed for approximately four hours for the investigation, causing heavy backups and delays. Traffic was diverted at Cline Ave. while emergency crews tended to the scene.