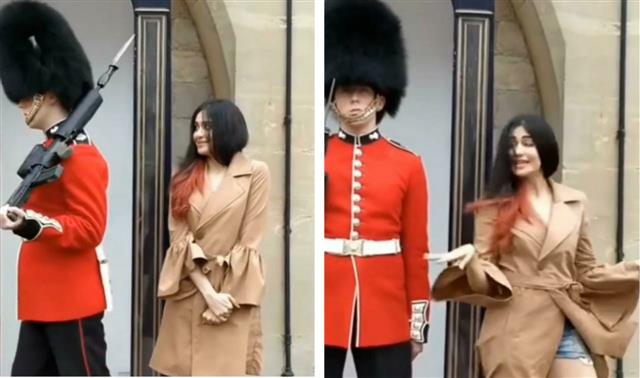 A video of actress Adah Sharma dancing on ‘Shake It Like Shammi’ near the UK Queen’s guard at Windsor Castle has gone viral. Adahdid a few steps, and the guard marches off, and Adah pretends to be embarrassed and walks away.

Reacting to the video, a woman said, “Not funny or cool.” Another user commented, “This is the worst tourist behaviour.”

“Stupidity at its best,” another user wrote. “The guards are not clowns,” another social media user mentioned.

Adah sang the song to the guard ‘shake it like shammi’ from her film ‘Hasee Toh Phasee’, where she played actor Sidharth Malhotra’s fiancee.

She did a few South Indian films and was last seen in Commando 3.