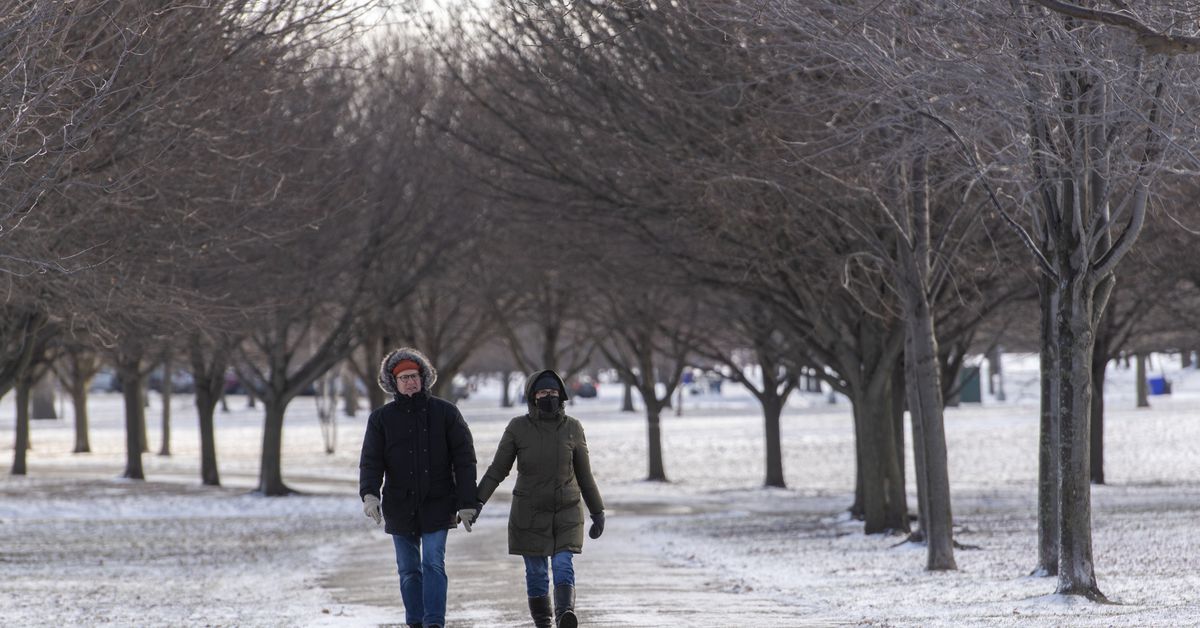 A winter weather advisory was in effect for the Chicago area Monday morning as a light but steady snow made driving hazardous and forced the cancellation of more than a hundred flights at O’Hare and Midway airports.

As much as three inches of snow was expected to fall across north central and northeast Illinois by the time the advisory expires at noon, according to the National Weather Service.

Though the snow was light, cold temperatures were allowing it to stick to untreated roads. The morning commute was down to a crawl in some areas.

Plows in Chicago were dispatched at 2 a.m. and were operating normally Monday morning, according to Department of Streets and Sanitation spokeswoman Mimi Simon. Temperatures were favorable for snow removal and road conditions were expected to improve by the evening commute, Simon said.

More than 100 flights were cancelled at O’Hare and more than 50 at Midway, according to the Chicago Department of Aviation.

The snow will be followed by some of the coldest temperatures of the season, with highs in the teens Tuesday and Wednesday, and a low below zero Tuesday night.

Warming centers in suburban Cook County have opened in anticipation of the freezing temperatures Tuesday night. A complete list of warming centers is available at: https://www.cookcountyil.gov/service/warming-centers