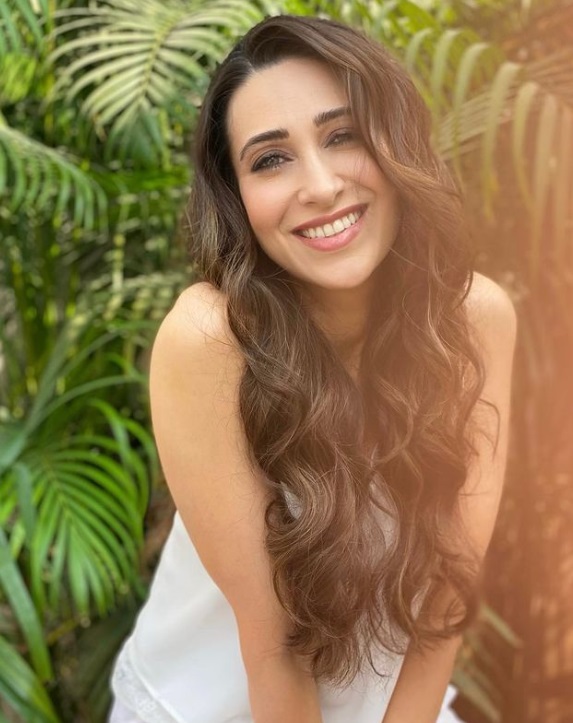 Bollywood actress Karisma Kapoor was in a mood to answer questions of her fans on Thursday night. Keeping it honest, she hosted an Ask Me Anything (AMA) session on Instargam. From asking about her favourite person, colour, holiday spot and food to so choosing between Ranbir Kapoor and Ranveer Singh, there were all sorts of questions that her fans asked her. Karisma was in a chill mood and delighted her fans with some honest answers and pretty photos from her gallery.

During the AMA, a curious fan asked her if she would marry again. Not disappointing her fan, she gave an ambiguous answer.

For those who do not know, Karisma was previously married to businessman Sanjay Kapur and has two children from that marriage.

So, when the fan asked Karisma, “Will you marry again?” Karisma just wrote, “Depends”, with a gif where a girl is shrugging. Although it conveys lack of clarity but clearly Karisma didn’t say no, which gave hope to her fans to take the plunge again.

About her first marriage, she and Sanjay got married in 2003 and around called it quits a decade or so later. Their divorce got finalised in 2016. Karisma has a daughter Samaira and a son Kiaan from the marriage.

Since her split-up with Sanjay, Karisma has got busy with work children. After appearing in some ad commercials and reality shows, she made her acting come back in 2020 with Mentalhood.