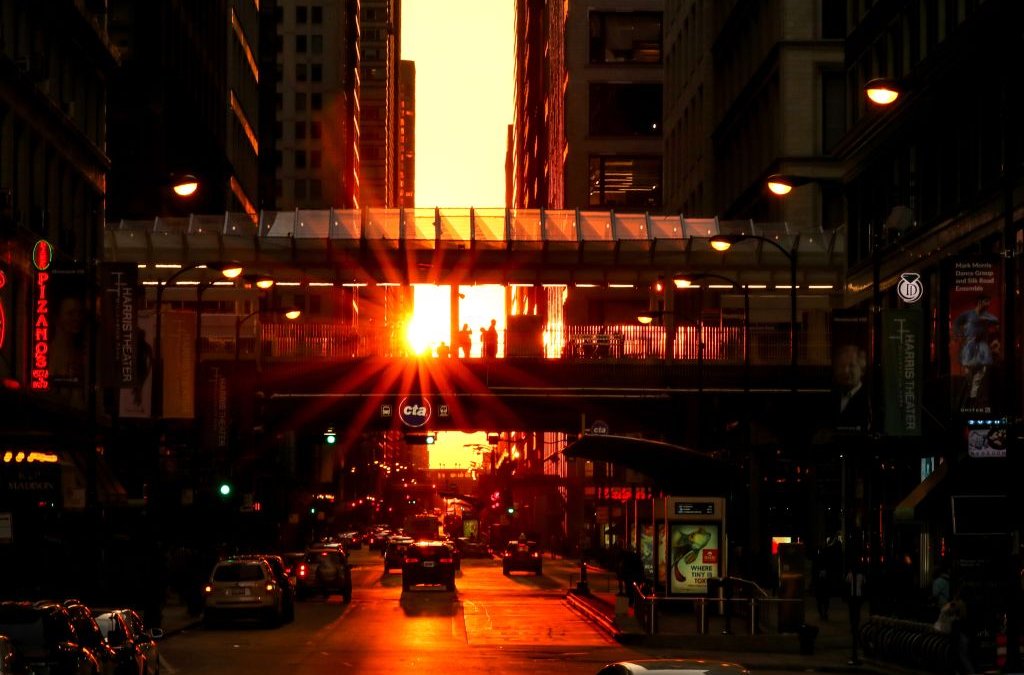 Twice a year, in time with the change of seasons, an astronomical event sends startling views of the sunrise and sunset between downtown Chicago buildings. This weekend marks this year’s first viewing of the celestial phenomenon known as Chicagohenge.

As it is described by Adler experts, Chicagohenge marks the point when the sun rise or set happens almost precisely between buildings on Chicago’s east- and west-facing streets.

The 2022 spring Chicagohenge is set to begin on Sunday, during the “vernal equinox,” also known as the spring equinox, according to Adler.

The best times for viewing Chicagohenge this year will be around sunrise and sunset Sunday, which NBC 5’s Storm Team reports will be at 6:53 a.m. and 7:02 p.m., respectively.

But if you miss your chance Sunday, you’ll still be able to see it again.

According to Adler, the astronomical event can be spotted around sunset or sunrise through March 23. The next chance for viewing Chicagohenge will take place during the autumnal equinox on Sept. 22.

Here are some stunning photos captured of the 2021 event.

And finding a viewing location shouldn’t be hard.

“Finding a place to spot Chicagohenge is a no-brainer! Simply find one of Chicago’s east-west facing streets, plop a seat, and enjoy the view,” the Adler Planetarium stated.

So why is there a Chicagohenge?

Adler credits “Chicago’s perfectly lined grid system,” which provides an ideal landscape for the sun rising and setting directly to the east and west during an equinox.

Be sure to grab a spot early. Photographers await this Instagrammable moment and crowds tend to form downtown.