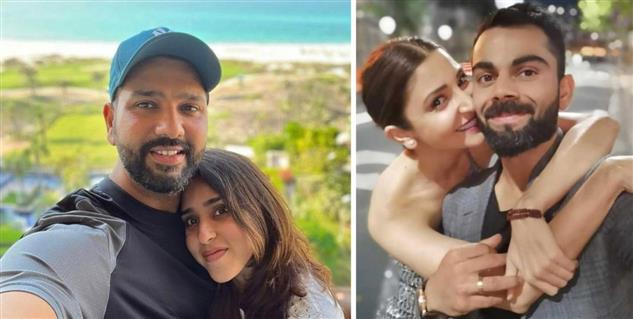 ‘What a day to be alive’? Cricketers, Rohit Sharma and Virat Kohli’s, tiff is no big secret to us. With fans fighting on Twitter– with a hit below the belt–we did not think, it will come this low.

This was perhaps the most meaningless and brainless trend seen and have been flayed by most users on Twitter.

#Anushka_Apna_Kutta_Sambhal and #Ritika_Apna_Kutta_Sambhal have been trending since Holi. The fans showed disrespect not only to the player, but also to their wives. Netizes have criticised the fans of both Virat and Rohit saying that both the players were pride for every Indian. The fans who started the trends have been slammed and asked to stop using foul language against the women and the players with many saying ‘what a day to be alive’.

Things turned sour between the two set of fans of the players during the 2019 ODI Cricket World Cup when Virat Kohli was accused of trying to sabotage Rohit’s career.

While things between them were improving with time, it was during Holi, the two set of fans started a twitter war hurling abuses and insults not only on the cricketers, but also on their wives.

Below are the tweets:

U guys are Assholes still trending this shame on u guys 🔥#Anushka_Apna_Kutta_Sambhal pic.twitter.com/Qr9dVGl6FF

Anushka pls yaar sambhal lo apana kutta because #Anushka_Apna_Kutta_Sambhal
is trending since 3 days which is repetitive in my trending list.

No one should disrespect any player. They both belong to our nation and pride for every Indian. #Anushka_Apna_Kutta_Sambhal

What kind of language you people are using against a female for criticizing his Husband. Pathetic. #anushka_apna_kutta_sambhal