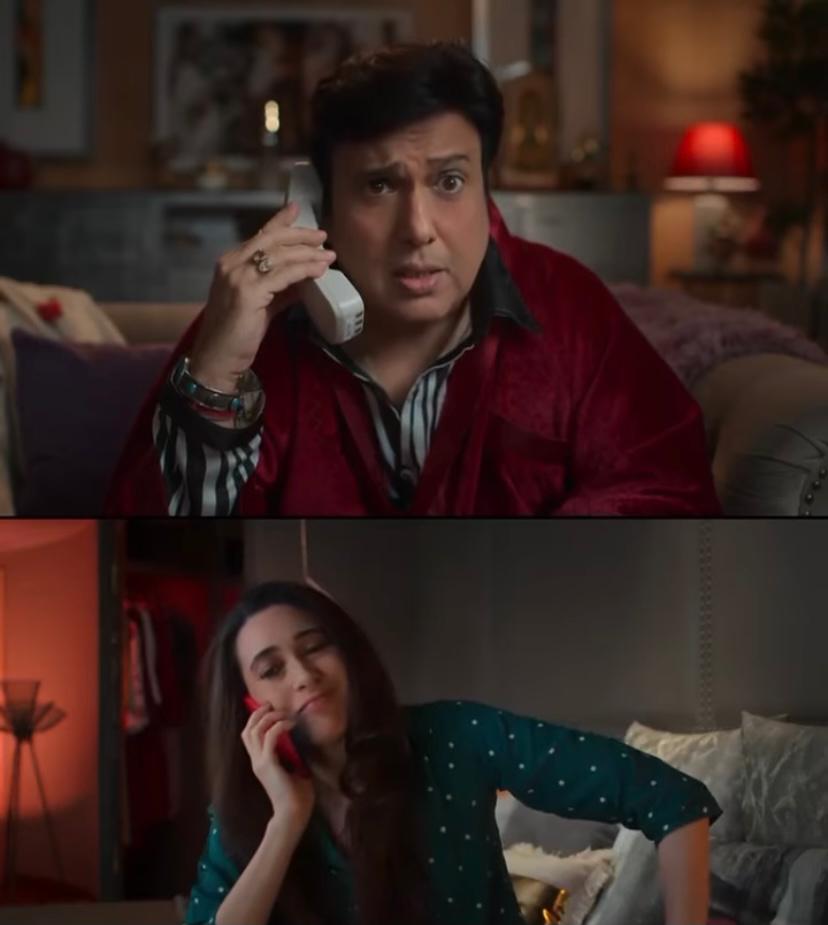 Bollywood 90’s heartthrob Jodi of Govinda and Karisma Kapoor is believed to be one of the most popular on screen jodi’s. They, however, seems to be facing huge competition from a new introduction now.

Govinda and Karisma are seen in a new ad, where Govinda informs latter about a new Jodi that is more ‘dumdaar’ than them.

Karisma has shared a commercial ad video on her Instagram, where Govinda calls her at night to tell about a new Jodi. The two address each other as Chi Chi and Lolo, which are their nick names.

Karisma Kapoor shared the new ad of the fast food brand with the caption, “The biggest Jodi is here. If there’s anyone who comes close to deserving the title of No. 1 Jodi, this is it! Right ChiChi? Crispy KFC Chicken aurBiryaniRice – yehi toh hai asli No.1 Jodi!”

Much to the delight of people, the jodi turns out to be a jodi of Crispy KFC Chicken and Biryani Rice.

Karisma Kapoor and Govinda had worked in several super hit films of the 1990s, becoming the most popular jodi of the era.