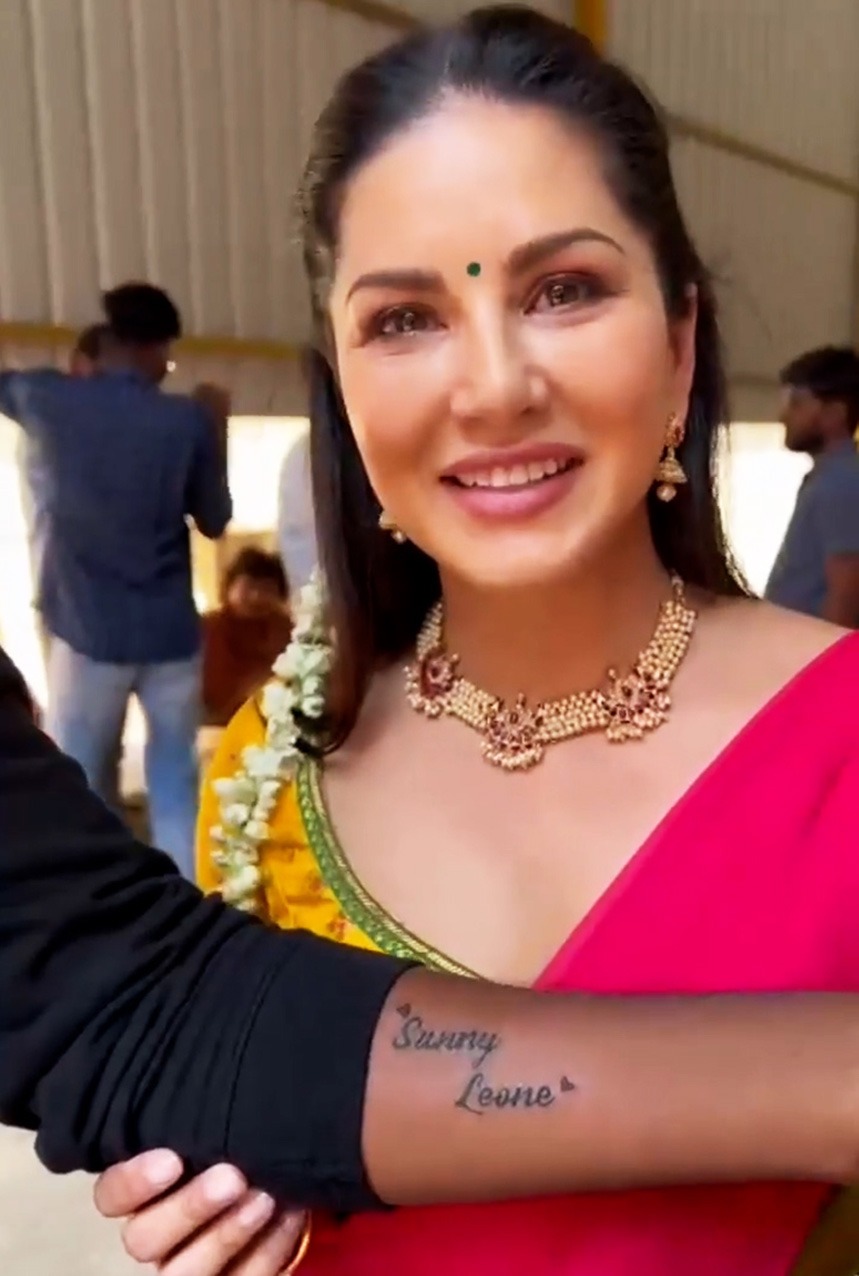 For every celebrity, admiration from their fans means a lot. It’s no different for actress Sunny Leone. The actress shared a video on her social media where she is with her fan who inked her name on his arm. Dressed in a pink and green sari, Sunny looked graceful in the ethnic wear. She half-tied her hair and adorned it with a ganjra. Sunny completed the look with traditional jewellery and a bindi on her forehead.

While the actress appreciates the fan and calls his act amazing, she also teases him.

In the video, Sunny can be seen holding the fans arm. She requests the person holding camera to come closer so that she can show to tattoo to everyone. An excited Sunny says, “Come here, look at this name.” The camera then focuses on the tattoo that has her name along with heart symbols. Pointing at the tattoo, Sunny says, “So amazing. Thank you so much.”

The fan then bows and Sunny giggles.

Sunny has shared the video on her Instagram handle. In the caption she wrote, “Hope you love me forever!! She added a tears of joy emoji here. The caption continues, “Because now you have no choice. Good luck finding a wife!! Followed by a stuck-out tongue and winking eye emoji.”

Enjoying the success of spy-thriller series Anamika that released on MX player earlier this month, the series marks the first collaboration between Sunny Leone and filmmaker Vikram Bhatt.