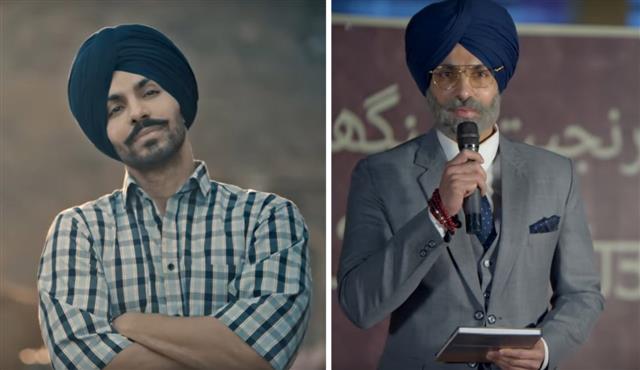 The Punjabi track ‘Lahore’, featuring late Punjabi actor-turned-activist Deep Sidhu who recently passed away in a road mishap, was released on Monday. The 8-minute video track showcases a poignant story of two friends against the backdrop of Partition.

Deep Sidhu appears in the role of a Sikh gentleman in the song, which was unveiled by Sumeet Singh, producer and owner of Saga Music, director Amarpreet Chhabra and singer Dilraj Grewal in the presence of Mandeep Sidhu, brother of Deep Sidhu.

Sharing his thoughts on the pain that Partition brought along, Sumeet Singh, said, “The pangs of Partition continue debilitating the heart of each and every one of us. We have our own set of diverse emotions that gush through our hearts and minds when we look back at history. However, with this song, I only want to communicate that love and friendship knows no bounds, and in the end humanity is the only religion we must all follow.”

Sumeet shared the release of Lahore on his social media:

Talking about the song Dilraj Grewal said, “‘Lahore’ is not just a song but a touching tale of love, friendship and peace. It depicts the emotions of personal loss of an individual. Things could have been better if this division hadn’t happened. The relationship would have been better. ‘Lahore’ is a voice which will jolt your heart.”

Sumeet Singh, the producer of the song, added, “Lahore’ by Dilraj Grewal witnesses the remarkable presence of Deep Sidhu. Released on SagaHits, the official YouTube channel of Saga Music. ‘Lahore’ is not a one-time watch or to be left in the middle. It’s gripping and leaves you speechless at many junctures.” –IANS