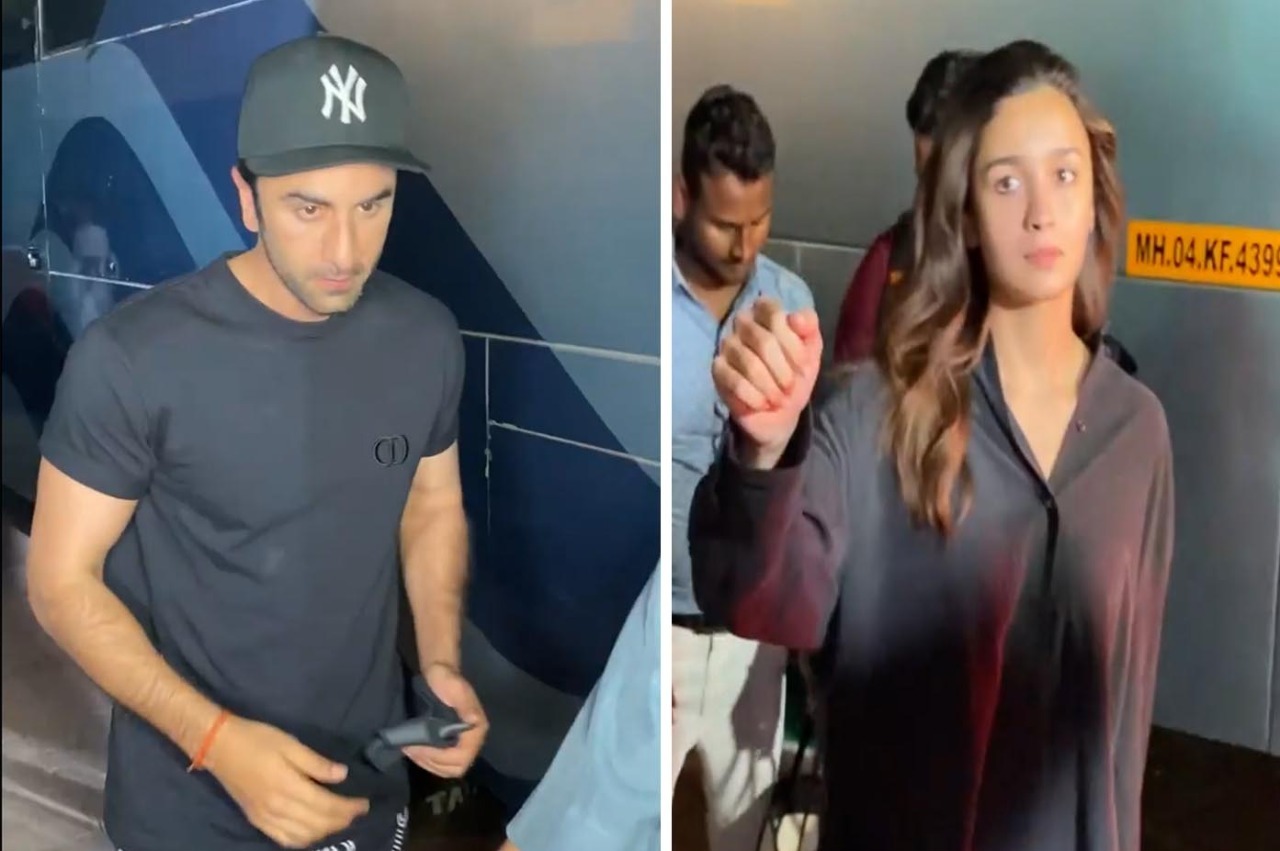 Newly married couple, Alia Bhatt and Ranbir Kapoor have been spotted on the sets of Ayan Mukherji’s Brahmastra on Wednesday. Since they got hitched in April, the duo has been busy working on their respective projects. It is for the first time that the newlyweds made a public appearance after their intimate wedding.

Even after being in the Film City in Mumbai at the same time, they didn’t pose together for the paps. They were seen wrapping up the shoot for Brahmastra. Both were twinning in black. Ranbir kept it casual in a black t-shirt teamed with black and white lower. He was also wearing a black cap and white shoes. Alia, on the other hand, was spotted sans makeup in a loose black shirt with black pants. Her footwear too was a comfortable pair of slip-ons.

Smiling to the cameras, they greeted the paparazzi before the left in their car.

Check out the video:

Just before leaving, Alia also posed for her young fans who came to the sets to meet her. In one video, she can be seen hugging the kids.

Alia and Ranbir fans are delighted to see them together and expressed their excitement with lots of comments full of love and adulation for the duo. Some called them the ‘best couple’, some addressed them as ‘babies’ and there were also comments that said ‘adorable couple’. Fans believe Alia has become ‘cuter’ since the wedding.

Alia and Ranbir got married in an intimate ceremony at their Vastu residence. It was were attended by close friends and family members including Kareena Kapoor Khan, Karisma Kapoor, Randhir Kapoor, Neetu Kapoor, Soni Razdan, Shaheen Bhatt, Karan Johar, Ayan Mukherji, and Akansha Ranjan Kapoor among others.