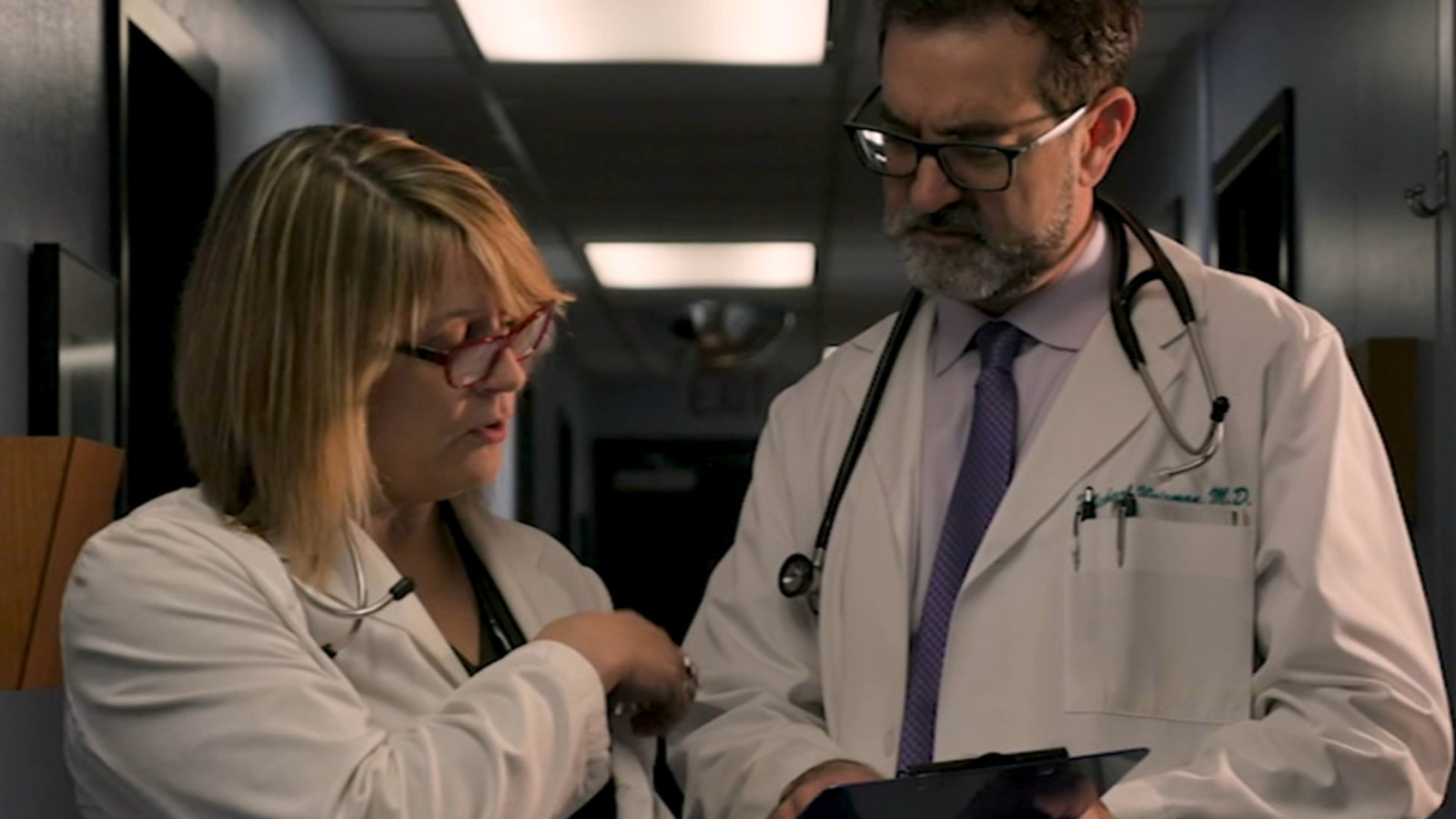 LOS ANGELES — Dr. Valencia Walker is a neonatologist, a physician specializing in the care of newborn babies and a member of the Association of Black Women Physicians.

She says gender wage gaps, especially between male and female doctors, could have far-reaching implications.

“Most people think about physicians and go oh my gosh they’re so well paid, like who cares, right? But I think that really says something that even when you have this profession, where people are well paid, we still find ways to treat women as less than,” said Walker.

Click here to open graph in a new window.

Gender pay gaps exist across many jobs. Overall, women make about 83% of what men make, according to census numbers. But, Dr. Walker said the effects can be exaggerated in medicine.

“There are perspectives that really make a difference in patient outcomes, where you need to have people that represent and look like the patients that they’re taking care of,” Walker said.

She explained how often women are dismissed as “hysterical” or “anxious” when something could be seriously wrong.

“We can talk about the pay, but the pay is really a symbol of these deeper issues that require systemic and structural change,” Walker said.

“So, it’s not all, ‘Feel sorry for me I’m a doctor and I don’t make enough money,’ but it’s, ‘Wow, we continue to do things to keep women from advancing, to keep our society from advancing,’ and if there’s any place that we should change that, it’s within medicine,” she continued.

A study by the RAND Corp., a think tank based in Santa Monica, and published in the journal Health Affairs, found that wage gaps like these could cause female physicians to make $2 million less than their male colleagues over the course of a 40-year career.

Christopher Whaley, a healthcare economist at RAND and the lead author of the study, said his team adjusted for factors that may widen pay gaps like hours worked, number of patients and specialty.

“We often hear that well, say, women are more likely to go into primary care versus, say, orthopedic surgery, which is a much higher paying specialty and so that really drives the gap,” said Whaley.

But Whaley pointed out that might be adjusting for too much – and the true gap might be even larger.

“If there are barriers for female physicians becoming, say, orthopedic surgeons or cardiologists then actually maybe our $2 million estimate actually understates the true difference in pay,” he said.

He also noted that not every physician works a full 40-year career.

“If a lot of the disparities in pay and practice environment that we document in our study lead to female physicians actually exiting the physician workforce earlier, then we’re actually understating the true wage gap,” Whaley said.

As far as women exiting the medical workforce, Dr. Walker said she thinks the problem is two-sided.

“People will leave if they have to leave, and they have the ability to leave. But a lot of times they stay, and they’re frustrated. And then the problems just get worse, and so the pay disparity gets worse,” she said.

The pandemic and moral obligations

Walker also pointed out that the COVID-19 pandemic may have exaggerated already significant wage gaps in the medical community.

“We know that women have left the workforce in record numbers we also know that opportunities for women significantly shrunk because we kind of did a throwback with COVID and said, ‘Oh, women need to be at home working and taking care of the children,'” she said.

According to Walker, one of the big ways to be successful in the medical community is to publish research and make discoveries.

“And those doors closed rapidly in the pandemic for women,” Walker said, also acknowledging that a lot of the work women end up doing is “unpaid and uncredited.”

For example, as a former faculty member at UCLA, Walker said there was a lot of work that went into flipping classrooms and curriculum when the pandemic closed schools in March 2020.

“There were a lot of people that worked hard on that, but the majority of those leaders in the education of physicians were women. So here we were working so hard to flip the curriculum, and working hard to take care of patients and not get COVID.”

But, Walker said there wasn’t a place to count that work towards promotion because it was something they “just had to do.”

“Those are the types of things that disproportionately affect women more,” Walker said.

Many women – specifically women of color – also feel a moral obligation to support their own communities, according to Walker.

But that doesn’t always lead to higher pay.

“We do a lot of these education and town halls, so many of us are getting out in the community to talk to people about COVID-19 and vaccines. None of that is paid work. So, the time that we’re spending on this unpaid labor, people who don’t have that same sense of responsibility, I’ll say, are doing the things that get them promoted and get them making more money, so it just further widens those disparities that exist,” Walker said.

Gaps from the start

According to both Walker and Whaley, wage gaps between male and female doctors occur early on in careers and don’t often recover.

“We know about these differences as they happen as soon as you get your first job, and then that’s why it’s like, you never get to catch up, you always are trying to catch up behind the wheel,” Walker said.

The RAND study found that gaps increased the most over the first decade of a physician’s career and then leveled out.

“That is when physicians are newly starting practices, and maybe there are differences in…getting your footing…or getting a reputation within the practice that could be driving some of these differences,” Whaley said.

The first 10 years of a physician’s career may be the same time they are starting a family, he said.

“So maybe policies such as paid family leave or better childcare resources could be something that would lessen some of these gaps,” he said.

Childcare was also a solution that Dr. Walker mentioned could be one solution, calling the issue a “mommy tax.”

“Pregnancy is not a handicap it’s not a disability, it is a natural normal process that we sometimes treat it as a liability,” she said, noting a Stanford study that found work-life flexibility increased productivity at Stanford’s School of Medicine.

Other keys to closing the gap include greater transparency around pay and more recognition of existing biases, experts said.

“If I hire five people for a job, and three of them are women, and two of them are men and they’re all hired for a similar job, is there something about the negotiation process or bias or things that come into play that somehow lead to those men, maybe getting five to $10,000 more?” Walker said.

Because gender biases are so strong, Walker continued, institutions need to be proactively looking at data and putting “mechanisms in place so that we don’t just kind of go along with the status quo. So we’re making sure we’re creating opportunities for women to be promoted, to be seen as experts, to build expertise, to be able to get those higher paying positions.”