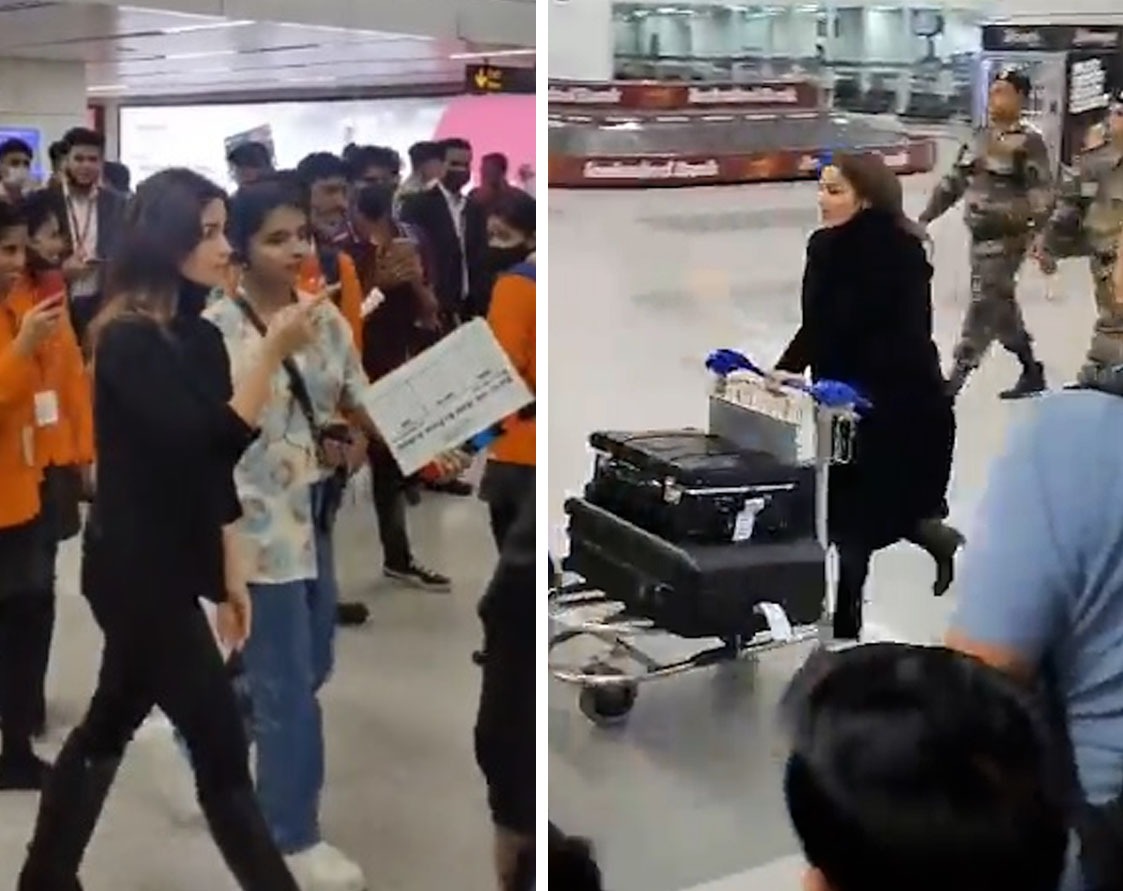 Newlywed Ali Bhatt is trending yet again. This time for running at the Delhi airport. A video of the actress where she can be seen frantically running inside the Indira Gandhi International (IGI) with her luggage trolley has caught everyone in a frenzy. Passengers at the airport were taken by a surprise and made sure capture the moment on their cameras. No doubt that the video went viral in a short span of time.

But if you are thinking Alia was in some urgency or if all is well at her end, don’t worry. She was just shooting for her upcoming film Rocky Aur Rani Ki Prem Kahani on Sunday when the event was captured.

There are multiple videos and shots from the time of filming at the airport. In one video, we can also see Karan Johar walking at a slight distance from Alia, observing the entire shoot.

It’s not every day that you get to see Alia Bhatt as your co-passenger and that too in such a hurry. The entire scene left travellers and the IGI airport staff rather surprised. They were excited to witness the commotion and have their favourite celebrities among them.

Dressed in all-black ensemble for the scene, Alia can be seen in a turtleneck sweater, black jeggings and black boots. The remaining crew can also be seen running to record the shot well. Evene airport staff dressed in orange blazers is seen walking by Alia’s side, making videos on their phones.

Take a look at these videos:

Alia Bhatt spotted at IGI Airport while shooting for a film 🎥 @aliaa08 pic.twitter.com/SFk29ZX3Ox

Three days into married life and Alia Bhatt was back to work to shoot for Karan Johar’s directorial ‘Rocky Aur Rani Ki Prem Kahani’. The film also stars Ranveer Singh, Jaya Bachchan, Dharmendra and Shabana Azmi. It is after many years that Karan Johar has returned to direction.