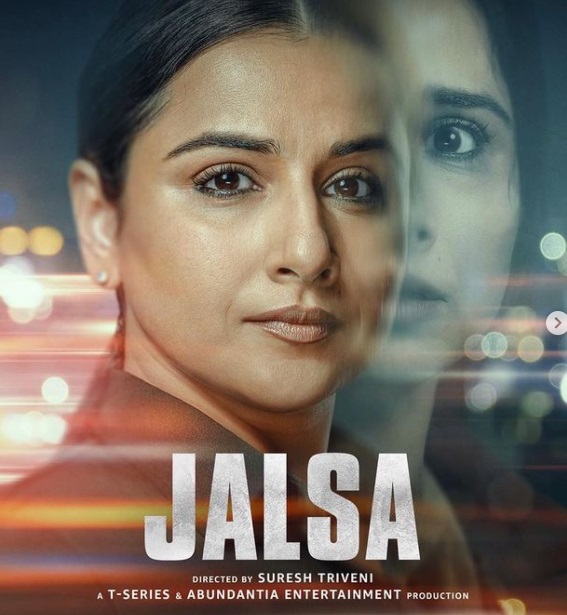 Vidya Balan and Shefali Shah-starrer drama thriller ‘Jalsa’ is set to have its world premiere on OTT. The film has been directed by Suresh Triveni and is his second collaboration with Vidya Balan after the much-acclaimed ‘Tumhari Sulu’.

Vidya is excited about the release:

Commenting on the date announcement, Bhushan Kumar, Chairman and Managing Director – T-Series, who has earlier collaborated with Prime Video for films such as ‘Airlift’, ‘Sherni’ and ‘Chhorii’, said, “‘Jalsa’ is one of the most gripping and entertaining films that we’ve been a part of at T-series and I am thrilled that it is with one of our most trusted partners, Abundantia Entertainment.”

“We have had an extremely successful collaboration in the past with films like ‘Airlift’, ‘Sherni’ and ‘Chhorii’ and I look forward to recreating the same magic with ‘Jalsa’. I am excited for the film to premiere on Amazon Prime Video as it will allow the film to get a truly global audience as it rightfully deserves”, he further said.

Manish Menghani, head, content licensing, Amazon Prime Video added saying that the film boasts of a story that makes it stand apart, “In a fine blend of drama and thrill, ‘Jalsa’ offers a truly differentiated story, made better by performances from a brilliant cast.”