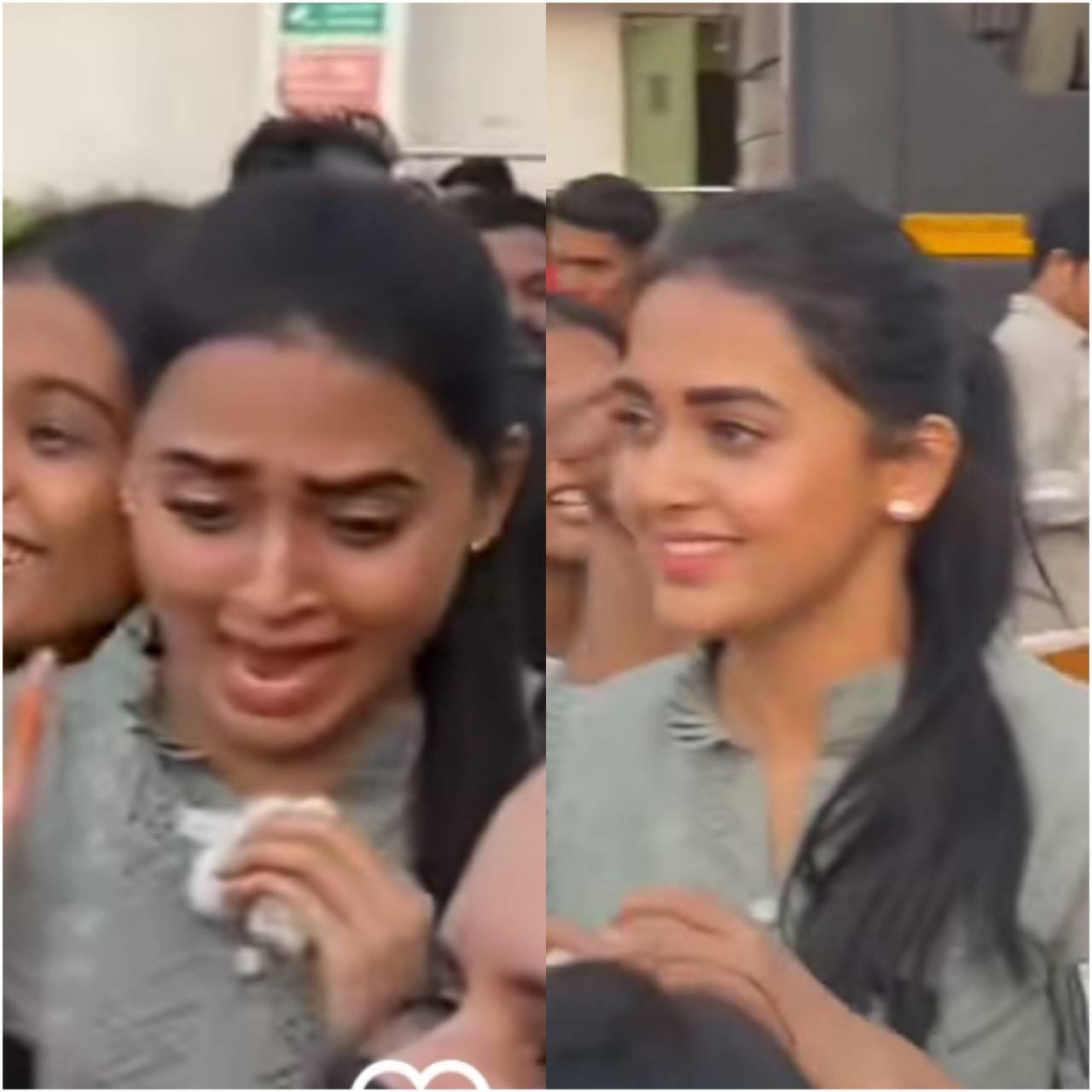 Bigg Boss 15 winner Tejasswi Prakash was in a mood to surprise her boyfriend Karan Kundrra. She reached the sets of Dance Deewane Juniors hosted by Karan. But things turned awry as she got mobbed by fans outside the sets for autographs and selfies. In a complete shock herself, what happened next left the actress Tejasswi screaming.

A video is going viral on social media that shows Tejasswi swarmed by her fans outside the sets of the dancing reality show. Excited to be with Tejasswi, they are all clicking selfies and asking for autographs. As Tejaswwi poses for a selfie, suddenly a female fan standing close to her almost falls. The actress ends up screaming and her reaction got captured in the video.

Take a look at it:

Tejasswi is these days seen in Naagin 6. She has become a household name since her big win at the reality show Bigg Boss 15. That’s where she met the love of her life Karan Kundrra who is busy hosting Dance Deewane Juniors and is also seen as the jailor of Kangana Ranaut’s Lock Upp. Karan and Tejasswi’s love story has been the talk of the town since their exit from the Bigg Boss house.