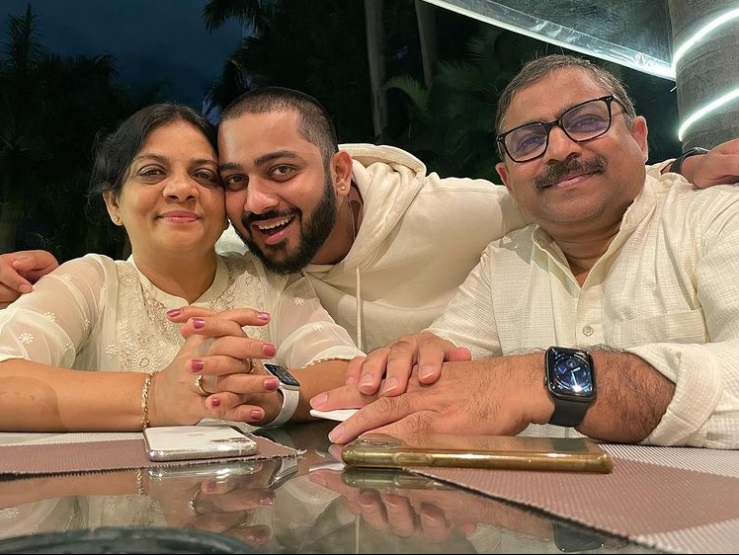 Singer-songwriter-record producer Ritviz, who recently worked on the superhero series ‘Ms. Marvel’ and has delivered hits such as ‘Sage’ and ‘Udd Gaye’, is set to drop his debut full-length album titled ‘Mimmi’.

The ‘Udd Gaye’ hitmaker describes it as his “most personal piece of work till date” and which serves as a humble ode to his mother, or ‘Mimmi’ as he fondly refers to her.

Speaking about the album, Ritviz shared, “‘Mimmi’ is a collection of songs I wrote with my mom, to understand love better. I feel very grateful for the love I have received and continue to receive – it has and always will give me the strength to keep moving forward. But where there’s love, there’s also heartbreak.”

He further mentioned, “Once I grew out of my cocoon and into the world outside is when I truly realised the value of the love I was taught, while being accepting of other love languages. My journey of realising this, was the progression of the album that I shared with my mother only to realise that it’s not the journey even, but the company that helped me rejoice and realise, and that is why the album is an ode to my mother.”

The 9-track compilation is inspired by his childhood reminiscences and also pivots around the close bond he shares with his mother, who features as a vocalist and a lyricist on the Indian pop artist’s upcoming release.

Together, the mother-son duo impeccably navigate through the exploration and acknowledgment of their unique perspectives and notions of love via their individualistic musical sensibilities. The album makes an earnest attempt to establish how life has come to a full circle for the 26-year-old who has always attributed his burgeoning success within the music industry to his supportive parents.

Elaborating further he said: “Both my parents are musicians-my mother is a classical singer, and my father plays the tabla. As a child, I was widely exposed to Indian classical music but in the fifth or sixth standard I started composing original music because I wanted to express myself freely and break away from the limitations under the traditional guru-shishya Parampara (teacher-student relationship).”

“At the age of twelve, I taught myself electronic music production, and invested nearly sixteen hours a day working on music. By the time I was fourteen years old, I was writing seventy songs a week. At the time, school didn’t feel conducive to my passion in music so I dropped out in the eleventh grade. My parents were extremely supportive and created a protective shield around me to keep the naysayers at bay.” “Therefore, this album is a fitting ode to them, for always believing in my vision and encouraging me to be myself”, he concluded.