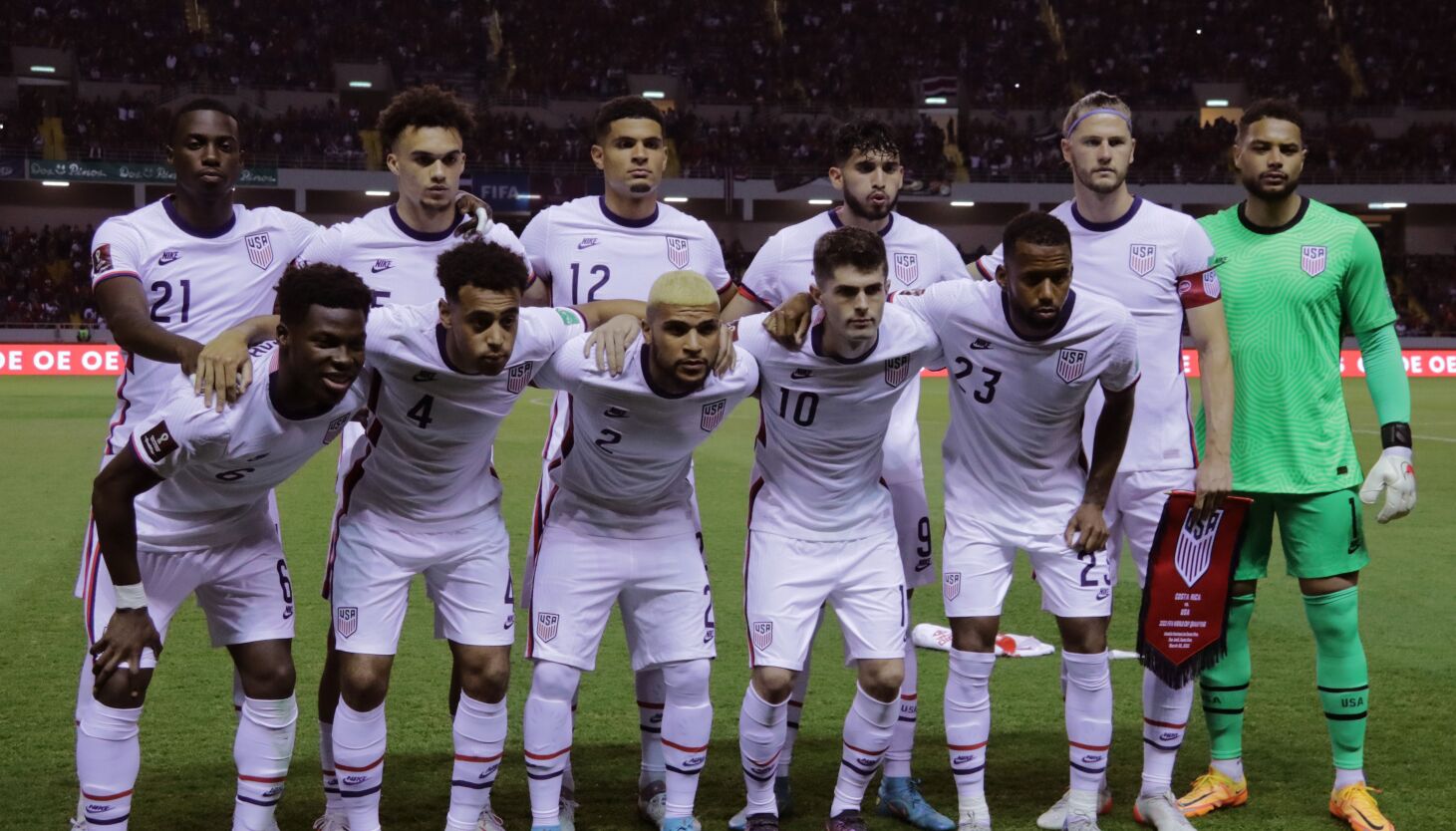 SAN JOSE, Costa Rica — The United States men are returning to the World Cup after the trauma of missing the 2018 tournament, clinching a berth for this year’s championship in Qatar on Wednesday despite a 2-0 loss to Costa Rica on the final night of qualifying.

Juan Pablo Vargas got behind Walker Zimmerman and headed Brandon Aguilera’s corner kick past goalkeeper Zack Steffen in the 51st minute, and Anthony Contreras knocked in a cross off a scramble in the 59th after Steffen couldn’t hold onto a free kick.

A sellout crowd of about 35,000 in National Stadium came to life, but the Americans’ 5-1 rout of Panama at home last weekend gave them a huge goal-difference margin over Costa Rica. That meant the U.S. merely had to avoid losing by six goals or more in order to claim an automatic berth by finishing among the top three nations in North and Central America and Caribbean.

American players on the bench walked onto the field at the final whistle and exchanged handshakes and hugs with their teammates who ended the game, while home fans cheered the Ticos.

Costa Rica was fourth with 25 points and plus-five, and the Ticos will meet Oceania champion New Zealand in a one-game playoff in June for a berth in the 32-nation field.

While the U.S. won six of seven home games with one draw, it finished with one victory, three losses and three ties on the road. The Amercans have never won a qualifier in Costa Rica, losing 10 and drawing two.

The U.S. finds out at Friday’s draw which three nations it will face in the group stage, which starts Nov. 21 at a tournament pushed back five months to avoid summer desert heat. A growing and increasingly hypercritical fan base is hoping to see Christian Pulisic & Co. reach the quarterfinals for the first time since 2002.

“This group can do some damage,” Berhalter said.

Defensive midfielder Tyler Adams left Wednesday’s game at halftime with a bruise above his left knee.

Ticos coach Luis Fernando Suárez didn’t open with six starters from Sunday’s win at El Salvador who carried yellow cards, not wanting to risk a suspension for a playoff.

The clinch took place on the 1,267th day after a shocking 2-1 loss at Trinidad and Tobago that ended the Americans’ streak of seven straight World Cup appearances. Pulisic was in tears after the defeat, which led to a shakeup at the U.S. Soccer Federation and Berhalter’s hiring in December 2018 as the team’s fourth coach in 25 months.

The U.S. has used 114 new players since the elimination, including 88 under Berhalter. Thirty-eight players took the field during the 14 qualifiers plus six others were on rosters without getting in.

Berhalter has matches in June and September to help evaluate a pool of perhaps four dozen and choose what currently is a roster limited to 23.

A qualifying tournament that began with fireworks above the field during the opening minutes at San Salvador, El Salvador, on Sept. 2, ended with more pyrotechnics.

The U.S. traveled 25,042 miles on charters — just over circling the globe at 24,901 — plus players had up to five trans-Atlantic round trips, with Germany-based Adams and England-based Antonee Robinson making the maximum. Games were played at 3 degrees (minus-16 Celsius) in St. Paul, Minnesota, and 85 degrees (29 Celsiush) in Austin, Texas.

Not since Paul Caligiuri’s stunning goal at Trinidad before the 1990 tournament had the U.S. clinched in its final game. The Americans assured themselves of a berth with three games to spare for 2006, two for 2014 and one game for 1998, 2002 and 2010. All of those clinches were with wins.

Qualifying will not be as onerous for the 2026 World Cup, which expands to 48 nations. The U.S., Mexico and Canada are co-hosts, and all three are expected to get automatic berths.