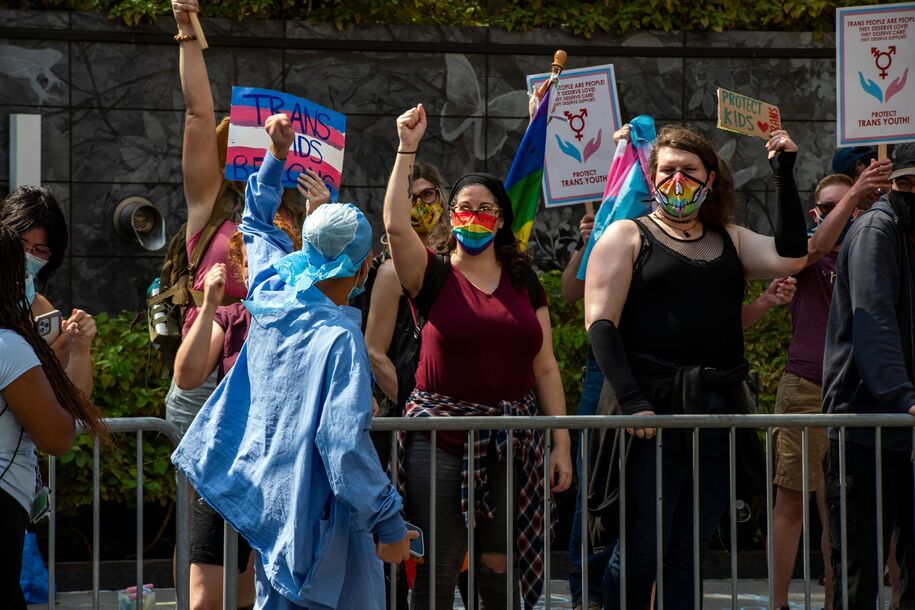 As some background context for what’s been happening at other hospitals, it seems transphobic conservatives are pushing outright lies and misinformation about services offered at trans-inclusive facilities and clinics. For example, claiming that hospitals provide gender-affirming surgeries to youth that they simply don’t, or alleging that youth can access these services without parental consent, which isn’t the case. And of course, these claims tend to be ripe with inflammatory language, like positioning gender-affirming care as “mutilation” or “irreversible” or “permanent,” when, again, it’s not nearly that simple.

In the case of Akron Children’s Hospital, Libs of TikTok shared a local news story (from 2019, mind you) about the hospital offering gender-affirming care. Given that following Libs of TikTok tweeting about similar services in Boston and Washington, D.C., resulted in chaos at the hospitals, it’s no surprise Akron moved swiftly.

The Ohio hospital confirmed it would continue to provide this care, but is going to keep a close eye on what’s happening online and in terms of threats. They’ve already removed specific information about the clinic and information about care providers from the website.

In a statement from the hospital, it stresses that they “firmly believe that young people should have access to gender-affirming care programs that are based on research and standards of care.” The statement goes on to say it’s aware that the program has become the focus of “online chatter.”

Democratic Rep. Casey Weinstein shared a series of tweets defending the hospital, which is just outside of the district he represents.

For the past week, @libsoftiktok and a band of anonymous trolls led a social TERROR campaign against @AkronChildrens, a world-class institution that thousands of my constituents (including my kids) are patients/employees of.

Hear me now – stay the HELL away from our kids.

Here’s the kind of bonkers BULLSHIT our local trolls are joining in on. Directed at a CHILDREN’S HOSPITAL.

Well it’s time we ALL stand up to weak bullies like this! pic.twitter.com/cnFqFlzR2x

Gender-affirming health care is life-saving health care. Everyone deserves to have safe, accessible, and affordable health care that improves their quality of life—and workers should be able to provide such care without being in fear for their lives. And if this sounds similar to the language we use around access to abortion (and reproductive health in general), that’s because it is!

The fight for reproductive health care moves in tandem with the right to gender-affirming health care. It’s all connected, and a unified movement gets us further along and helps more people every step of the way.