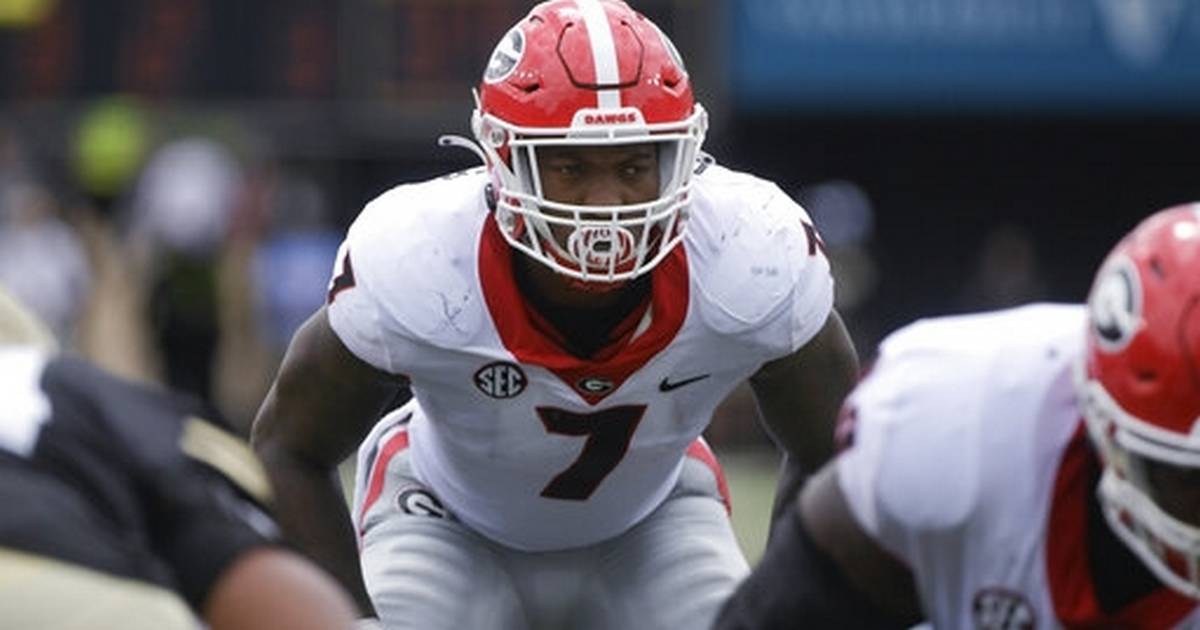 GREEN BAY, Wis. — The Green Bay Packers held off on addressing their issues at receiver and instead continued loading up on defensive players from Georgia.

All three of the Packers’ first-round picks over the last two years have been Georgia defensive players. They took Bulldogs cornerback Eric Stokes with the 29th overall selection last year.

‘It’s a reunion,’ Walker said during his Zoom session after a reporter told him the Packers were taking Wyatt as well. ‘That’s crazy.’

Walker started all 15 games for Georgia last season and collected 67 tackles. Wyatt had 39 tackles and was an Associated Press second-team all-Southeastern Conference selection and a first-team all-conference pick from the league’s coaches.

Four players from that formidable Georgia defense were taken in the first round, with end Travon Walker going first overall to Jacksonville and tackle Jordan Davis going 13th to Philadelphia.

This continued the Packers’ penchant for going with defense in the first round.

This seemed to be a year in which that trend might change because the Packers lacked proven receivers after trading All-Pro wideout Davante Adams to the Las Vegas Raiders for a first-round pick (22nd overall) and second-round selection (53rd).

The Packers’ top returning receiver is Allen Lazard, who had 40 catches for 513 yards and eight touchdowns last season. No other wideout currently on Green Bay’s roster, including Watkins, had as many as 400 yards receiving last season.

A run on wide receivers earlier in the first round might have caused the Packers to look elsewhere. The top six receivers went in a span of 10 picks, including the likes of Southern California’s Drake London, Ohio State’s Garrett Wilson and Chris Olave, and Alabama’s Jameson Williams.