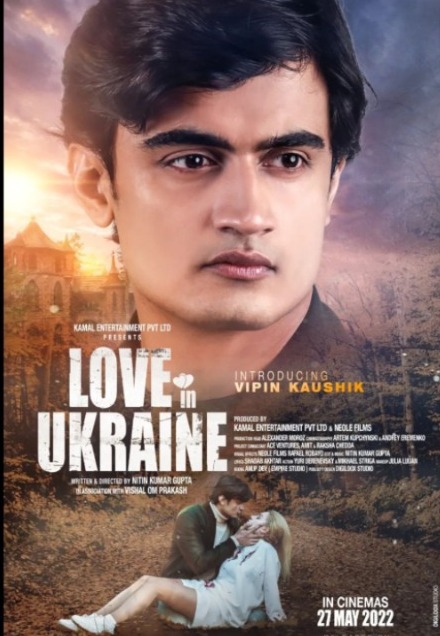 Bollywood director Nitin Kumar Gupta, who finished shooting for his film “Love in Ukraine” in the country just days before Russia invaded it, says he has been unable to get in touch with three of his Ukrainian actors.

The Hindi film’s lead actor Liza is stuck in the city of Dnipro, southeast of the Ukrainian capital Kyiv, he said.

“Since the war started, we have been trying to stay in touch with all the crew and cast from Ukraine. There are three actors Artem, Volodym and Misha with whom we have not established any contact.

“We have learnt that Liza is stuck in Dnipro city. The issue is that we are unable to get them close to the borders (of Ukraine). We have suggested that they come to India and stay here,” Gupta, who made his debut as a director-producer with the 2020 film “Sayonee”, told PTI.

“Love in Ukraine” is the story of an Indian student (played by Vipin Kaushik) who falls in love with a Russian girl (Liza) set to get married into a mafia family.

Gupta said the film was shot entirely in Ukraine, including Kyiv, Bucha, and Odessa, before the conflict began.

“The film was fully shot in Ukraine. The schedule was to start in May 2021 but then India was hit by the second wave of COVID-19 pandemic. Then we went to Ukraine in October-November 2021 and later for some patchwork in February 2022,” he said.

Produced by Kamal Entertainment & Neole Films, “Love in Ukraine” will be released in theatres on May 27.

On February 24, Russian President Vladimir Putin announced a military operation in eastern Ukraine, claiming it was intended to protect civilians. The ongoing war has displaced millions of people is a result of the aggression of the Russian leadership.