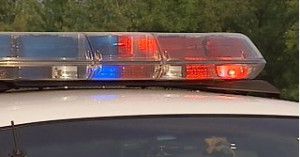 Three people were shot when a fight broke out among patrons of a sports bar in Rolling Meadows late Monday night, according to police.

Officers were called to the Stadium Sports Club in the 4000 block of Algonquin Road around 11:40 p.m.

Two of the wounded were hospitalized and the third, the suspected gunman, was being questioned, police said in a statement.

No charges were announced and police said the shooting remained under investigation.