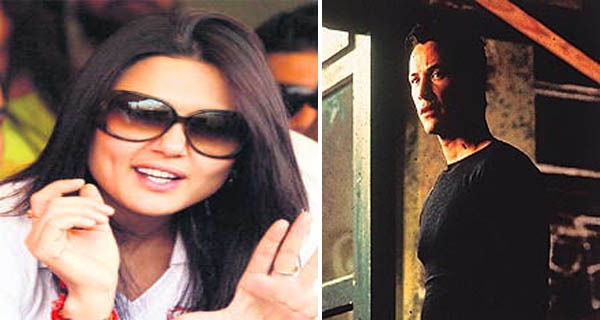 It was in 1999 that Preity Zinta bagged the ‘Best Female Debut’ at Zee Cine Awards for her film Soldier. And guess who was the Hollywood star who presented the trophy to her.

A video from the awards ceremony, which shows Hollywood actor Keanu Reeves presenting the trophy to Preity Zinta has resurfaced online and is now going viral again.

Wearing a kurta, Keanu Reeves presented the award to Preity in the most dignified manner. He is along with his bandmates Bret Domrose and Robert Mailhouse.

The video has been shared on a Facebook page called ‘Indians on Internet’ this Saturday, and has since received thousands of views and comments.

Watch the video below

In 1999, Keanu Reeves was the bassist and backing vocalist of Dogstar, a rock band that was active till 2002.

The band had performed at the Zee Cine Awards, after which Keanu and his band mates were called onstage to present the trophy for the ‘Best Female Debut’ award.

In August, Preity Zinta had shared the video from the awards ceremony on Instagram to celebrate 23 years in the industry.

“23 Years of Movies 🙏 If you are in the habit of chasing rainbows be ready to get drenched in the rain cuz a life without rain is like the sun without shade. Today I celebrate 23 years in movies & I must confess I’m a bit overwhelmed thinking about all those people that have contributed to my journey. I’m humbled & grateful to all of them for supporting me, challenging me & for pushing me to become a better version of myself. A big & heartfelt thank you to all my colleagues, fans & critics for pulling me up when I was down & pulling me down when my feet left the ground🙏❤️ This video takes me back to the first award I won in the first year of my cinematic journey. I was so shocked I won. It felt like a dream. Here’s to dreaming bigger dreams, making better movies, creating a world of magic & Dil Se entertaining all of you all over again 😍”