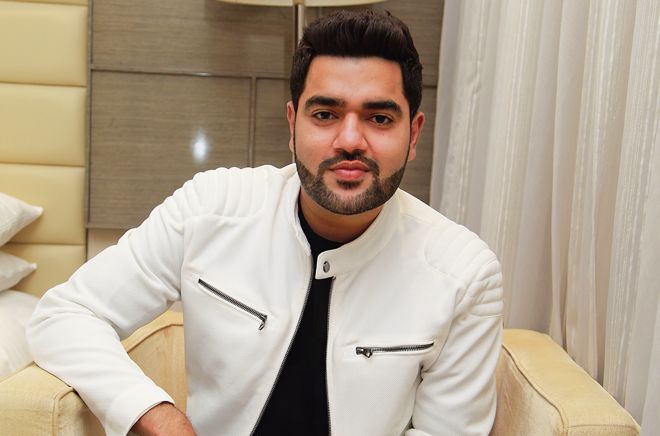 The latest Kannada action film KGF Chapter 2 collected more than Rs 900-crore at the box-office and the numbers are increasing. While the actor, Yash and director Prashanth Neel got major credit, the film’s editing garnered appreciation too. Now can you guess who did the video-editing of this big-budget film (the most expensive Kannada film ever made)?

Well, it is a teenage boy, Ujjwal Kulkarni, who is all of 19! And it’s the first time he has edited a feature-length film. We talk to self-taught young professionals from tricity, who didn’t have to complete college just to be the best at their job!

Chandigarh lad Sumrit Shahi is a novelist and a screenwriter, who during his teenage years started writing for TV shows such as Sadda Haq—My Life, My Choice and Ek Veer Ki Ardaas: Veera. A pass-out from St. John’s High School, Chandigarh, he says, “I was in the school’s writer’s club only because it was compulsory. But I was an avid reader since childhood. So, basically the switch from reading to writing was because of a school project that I was doing for International Baccalaureate. Later, I converted it into a book. That’s how at 17, I wrote my first book and then eventually got the opportunity to explore myself as a screenwriter.”

Sumrit missed out on college for the complete first year to gain practical knowledge. He learnt screenwriting on the job and the challenges were manifold. “Firstly, teenagers are not taken seriously as decision-makers and their fresh ideas are often discarded. Secondly, if you suddenly move to a big city work-life balance gets disturbed. But I count myself lucky as writer because I got credit for my work right from the first project. There are so many seniors who are still not getting their due.”

Music to the ear

He was a kid among the seasoned music producers of Punjabi music industry and that drove Gagandeep Singh to choose The Kidd as his stage name. He was 19 when he started making waves in the industry with his first song Black Veere, sung by Zaildar. But the hard work began at 15 and that too at his home. With no background in music, The Kidd is today a genius who has produced songs for singers like Rohanpreet, Sidhu Moosewala, Singga, Nimrat Khaira, Prem Dhillon R-Nait and Varinder Brar. The Kidd has now started singing as well.

YouTuber Sukham Singh, who belongs to a family of musicians, was more interested in editing and shooting after he visited his cousins in Mumbai. The 19-year-old says he got one complete year to study editing during the pandemic. “I had started learning about editing when I was in sixth standard with a normal PC, which couldn’t handle complex editing software. I used that for around three years. But today I have bought all high-end stuff required for shooting and editing.” As of now, Sukham is working from home and earning, while pursuing graduation.

In the last year of college, we were the senior-most on the sets of Yaar Jigree Kasooti Degree. All the other crew members were our juniors in their teenage years. For them, it was a learning process. Being the son of an actor, I was blessed to have seen shooting up close and personal. I believe teenagers have many creative ideas and now young girls too are joining in. For instance, Qismat director Jagdeep Sidhu’s crew involves a lot of talented young girls as technicians and assistants. Gone are the days when girls were just costume stylists. —Pukhraj Bhalla, Actor