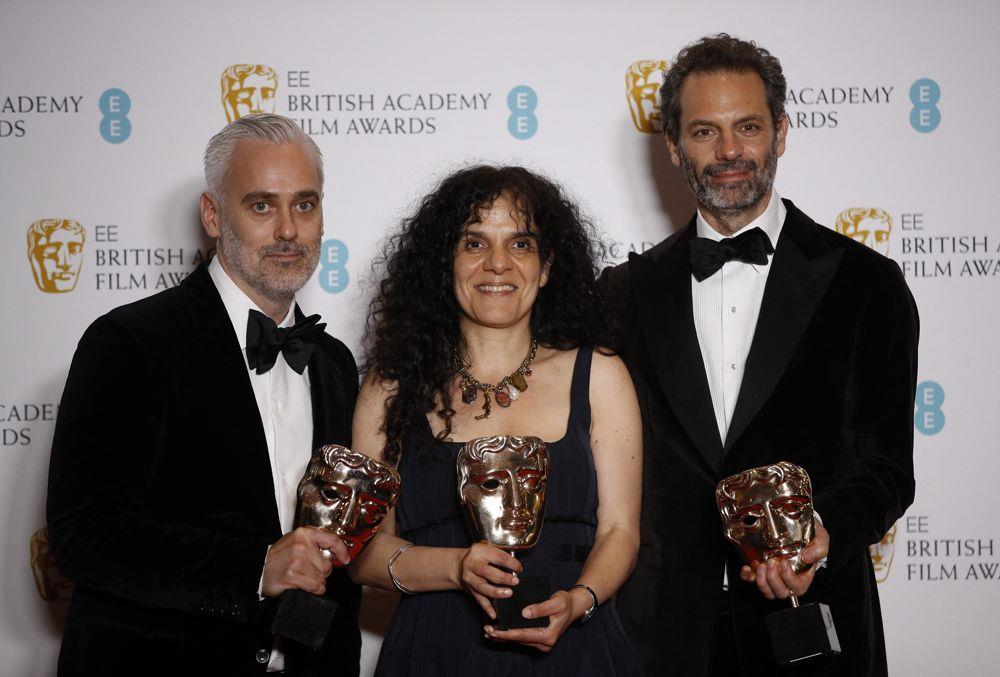 Acclaimed Western film The Power of the Dog scooped the top prizes for best film and best director for Jane Campion at the British Academy of Film and Television Awards (BAFTA) 2022.

BEST FILM The Power of the Dog

DIRECTOR Jane Campion, The Power of the Dog

Hosted by actor-comic Rebel Wilson, the award ceremony took place on Sunday at the Royal Albert Hall and was live streamed in India on the SonyLIV.

Melody queen Lata Mangeshkar was featured in the ‘In Memoriam’ segment of the awards. Mangeshkar, the voice of generations of Indians, died on January 6 due to multiple organ failure. She was 92. In their tribute, the British Academy described the music icon as ‘an Indian playback singer, who recorded an estimated 25,000 songs for more than 1,000 Hindi films over a career spanning 70 years’. She was the first Indian artiste to perform in the Royal Albert Hall in 1974. PTI

The Batman star Andy Serkis announced the winner for best film but not before he called out the government for its discriminatory treatment of refugees from Afghanistan and Ukraine, saying “all refugees are welcome but some are more than welcome”. The Power of the Dog star Benedict Cumberbatch accepted the award on the director’s behalf. The psychological drama set in Campion’s native New Zealand also won her the best film BAFTA, which was collected by film’s producer Tanya Seghatachian.

Actress Rebel Wilson, one of the BAFTA Awards’ most memorable presenters in past years, did not disappoint as its host. The Pitch Perfect actor stole the show on Sunday during the first BAFTA Awards to take place in-person since the organisation’s ground-breaking 2020 diversity review.

Wilson presented the best director award at the ceremony in 2020 and brought the house down with a gag-filled speech that in one fell swoop managed to burn the UK’s Prince Harry, Prince Andrew, Covid-19 and the lack of women nominated for best director. The absence of Prince William, who is president of BAFTA, and Duchess of Cambridge Kate Middleton likely allowed Wilson to let rip, and the actor-comedian certainly didn’t hold back in taking the Royal family to task. IANS

Another big winner for the night was the coming-of-age comedy drama CODA, which won director Sian Heder the gong for adapted screenplay. Heder, whose film follows the life of a child of deaf adults (CODA), thanked the hearing impaired community for letting her in and extending their support to an outsider like her.

The movie also won Troy Kotsur the BAFTA for best supporting actor. Kotsur, who became the first hearing impaired actor in the SAG Awards history to win an individual prize, made a BAFTA record in the same category. Kotsur spoke through a sign language interpreter and thanked the British Academy for recognising his work.

Sci-fi spectacle Dune, directed by Denis Villenueve, bagged five BAFTAs in the technical categories, namely production design, special visual effects, cinematography, original score and sound. King Richard star Will Smith bagged best leading actor BAFTA for his role of Richard Williams, father and coach of tennis stars Venus and Serena Williams. Since Smith was not in attendance, the movie’s director Reinaldo Marcus Green accepted the award on his behalf. In the best leading actress category, the BAFTA went to Joanna Scanlan for After Love, in which she played the role of a woman who discovers her husband’s secret family after his sudden death. —