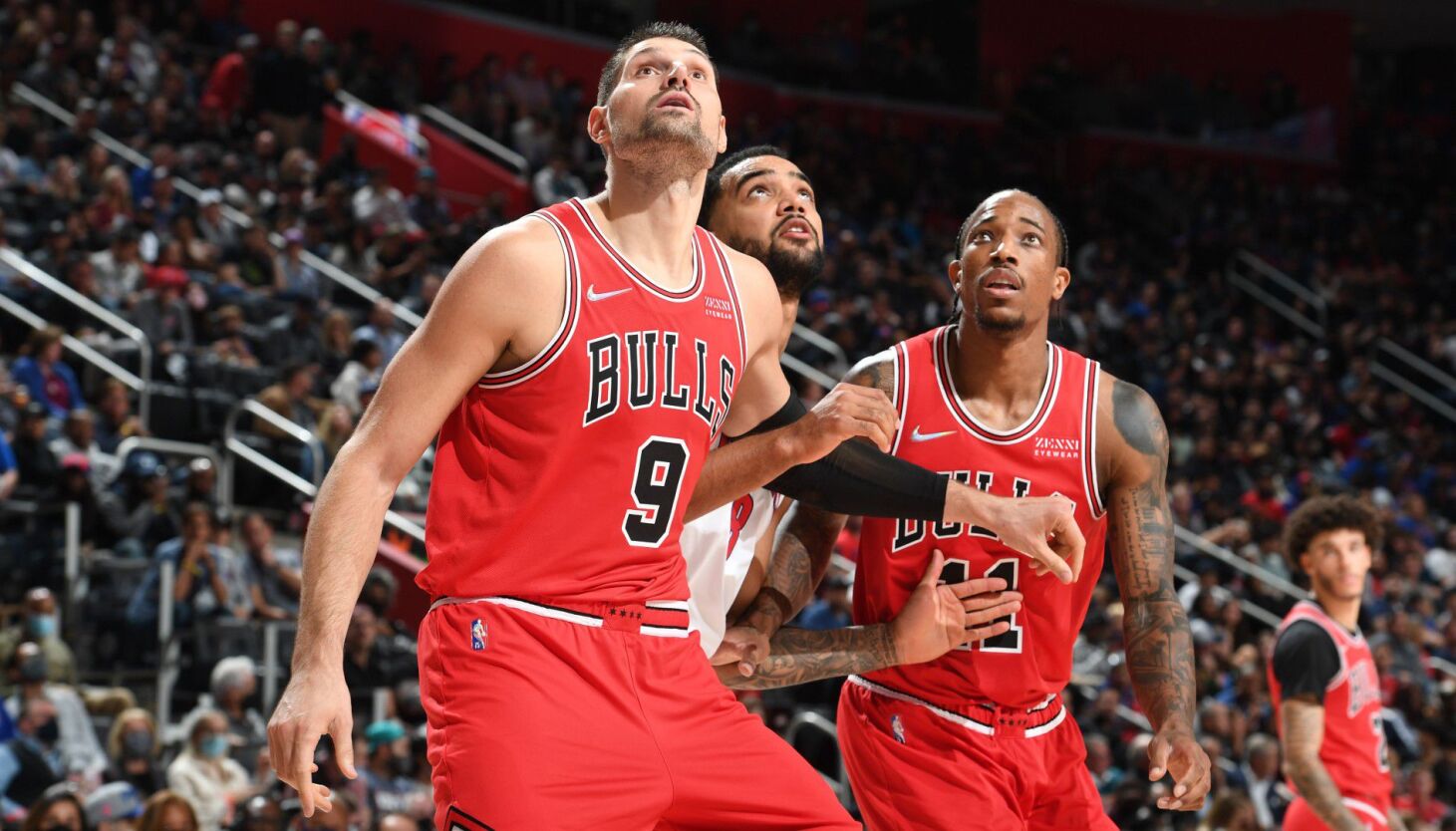 Tristan Thompson was definitely onto something a few weeks back.

Initially it sounded like the veteran big man was going through some sort of conspiracy theory moment, but there’s now a big enough sample size out there for the Bulls to at least say, “OK, now what?’’

“Memphis showed it first with how they played us defensively, and it continued on with Miami,’’ Thompson said of a Feb. 26 loss to the Grizzlies. “And I think that film from Memphis has started to be sent from the video guys to those other playoff teams in the league, and they’re going to have the same game plan coming in defensively. So we’ve got to make those adjustments.’’

Thompson never did detail what the Grizzlies’ blueprint was — for obvious reasons — but it’s been very easy to watch play-out.

Get the ball out of the hands of DeMar DeRozan by blitzing him with double-teams early and often in the possession, make sure a defender rotates to Zach LaVine, and have some other Bull – any Bull – beat the defense.

And then when coach Billy Donovan is staggering LaVine and DeRozan like he does throughout the game to get them each breathers, LaVine has been getting the same treatment.

“For sure. No question. Probably the most I’ve seen in my career, to be honest with you,’’ DeRozan, who is in Year 13 in the Association, replied when asked about the double-teaming he’s had thrown at him lately. “For me, it’s one of those things that we got to figure it out. It’s on me to help the guys figure it out as well.

“The best way to learn is to be knocked in the mouth like we doing. Now it’s a matter of us responding, letting it click. Once it clicks, we be fine.’’

With 12 regular-season games left, the Bulls are in a crawl to the finish line, going 2-8 since that Memphis loss. The “blueprint’’ not only seems to be working in the win-loss columns, but across the board. The Bulls have averaged close to 113 points per game throughout the year, but just 108 since the Grizzlies. DeRozan was averaging 28 points per game for the year, but was at 24.9 the past 10.

His assist numbers have gone up over that span, showing that he is at least a willing play-maker out of the double-team, but his field-goal percentage was just 41.1% since Memphis, showing that his shot-making has been made tougher.

DeRozan shot almost 51% from the field for the season before this recent rough patch.

Now, it’s important to note that eight of the 10 teams played in this offensive struggle for the Bulls – starting with the Grizzlies – are legitimate playoff teams, with six of them arguably threats to at least make their conference finals.

But that’s why DeRozan was concerned. Come playoff time, this is the competition and the defensive philosophy that the Bulls will see every night.

So what’s the counter?

Nikola Vucevic’s ability to pick-and-pop, especially from three, would make defenses think twice, but Vucevic is shooting just 30.2% from three – which is a five-year low for him. Javonte Green’s corner three has dried up a bit. LaVine is playing on a bad left knee, and is Jekyll and Hyde from game-to-game. And then there’s Lonzo Ball, who was arguably the most consistent knock-down three-point shooter on the team at 42.3%, still stalling out in his rehab program from knee surgery.

They have the players to beat the blueprint, but a lot of them are currently stuck in mud.

“We need to keep evolving and understanding how we can beat teams and use that against them,’’ DeRozan said. “Once that rhythm comes, we’re going to be alright.’’

The clock is ticking.