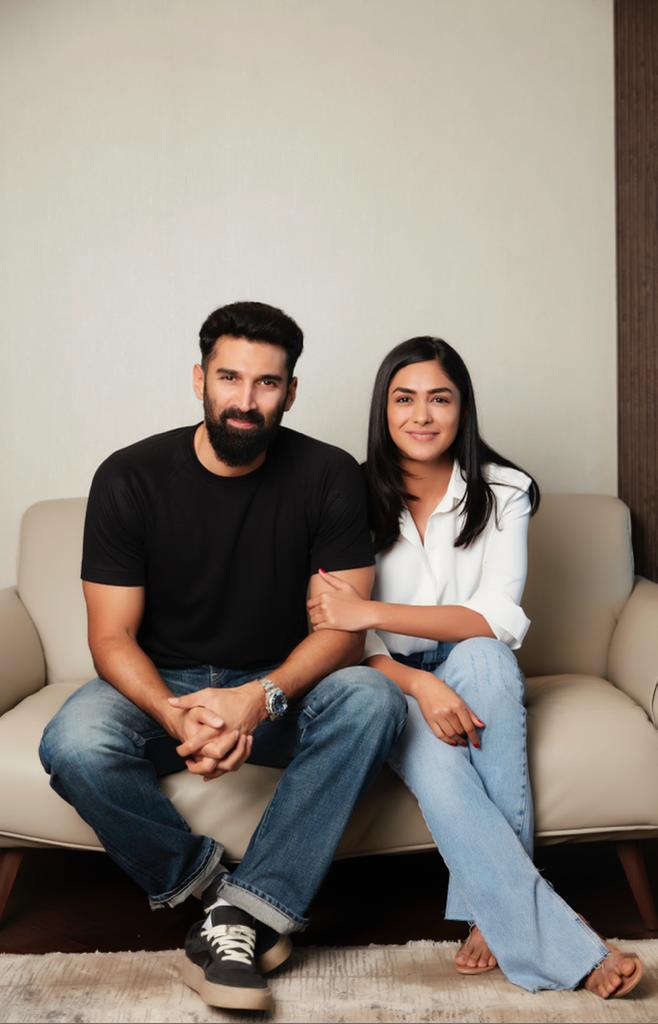 Aditya Roy Kapur and Mrunal Thakur’s upcoming crime-thriller gets a title. The film has been called ‘Gumraah’. It is a Hindi remake of 2019 Tamil hit ’Thadam’, which starred Arun Vijay and Vidya Pradeep.

Helmed by debutant director Vardhan Ketkar the film is being produced by Bhushan Kumar’s T-Series and Murad Khetani’s Cine1 Studios.

“Thadam” followed the story of a murder investigation by the police, who find two lookalike suspects claiming to not know each other.