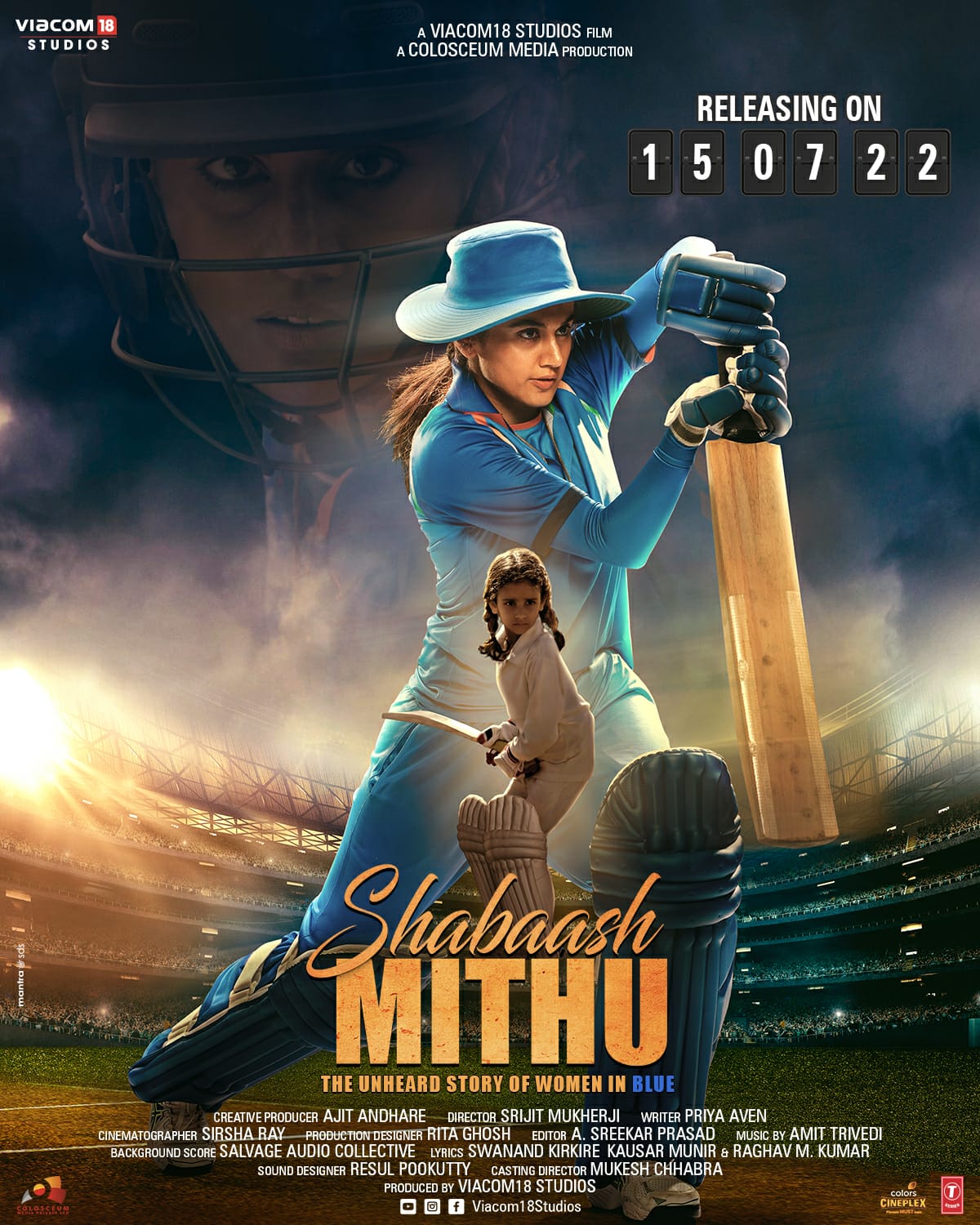 Directed by Srijit Mukherji and written by Priya Aven, the story tracks Mithali Raj’s journey from being an 8-year-old girl with a dream to becoming a cricketing legend.

Taapse, who essays the titular role in the film, took to her Instagram to share the poster of Shabaash Mithu and wrote, “There is nothing more powerful than a girl with a dream and a plan to realise it! This is a story of one such girl who chased her dream with a bat in this “Gentleman’s Game” #ShabaashMithuThe Unheard Story Of Women In Blue will be in cinemas on 15th July 2022.”

Mithali Dorai Raj is a celebrated skipper of the Indian women’s cricket team who has a career spanning 23 years, 7 consecutive 50s in ODIs and has led India in 4 World Cups.