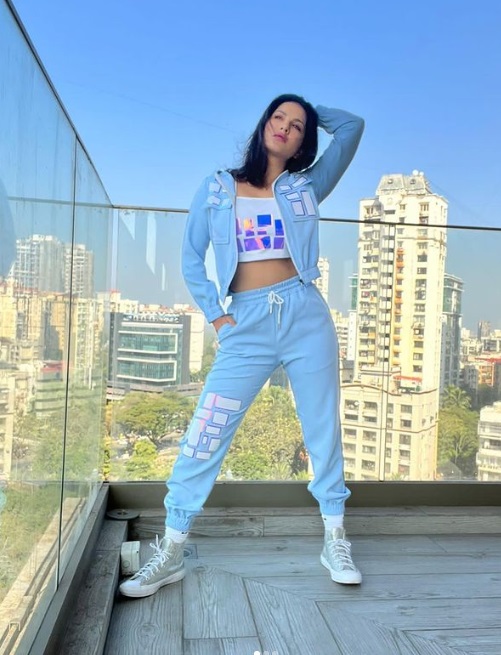 On various occasions, actress Sunny Leone has been giving us glimpses of her new house in a high-rise at New Link Road, Mumbai, where she moved in with her family last July. The house, according to a Square Feat India report, is on the 12th floor of a building, Atlantis, at New Link Road in Andheri West. The carpet area of the apartment is said to be 4,365 sqft.

Recently, rumours about the worth of the house began doing the rounds. There were reports that Sunny paid 16 crore to buy it. The report did not go down well with the actress. Sunny, who on most occasions likes to ignore stories on her life, strongly reacted to this speculation. She told Hindustan Times, “I think it’s the media’s job to verify and figure out what needs to be put out. Who cares how much somebody spends on a house? People sometimes make s**t up just for the heck of it.”

Sunny Leone with her family at her new house:

She further told the newspaper that such reports do not affect her. She said, “It doesn’t matter as long as that family loves the house. We were able to create a home that suited us. We filled it the way we wanted to for our children and us, and we’re so happy about it.”