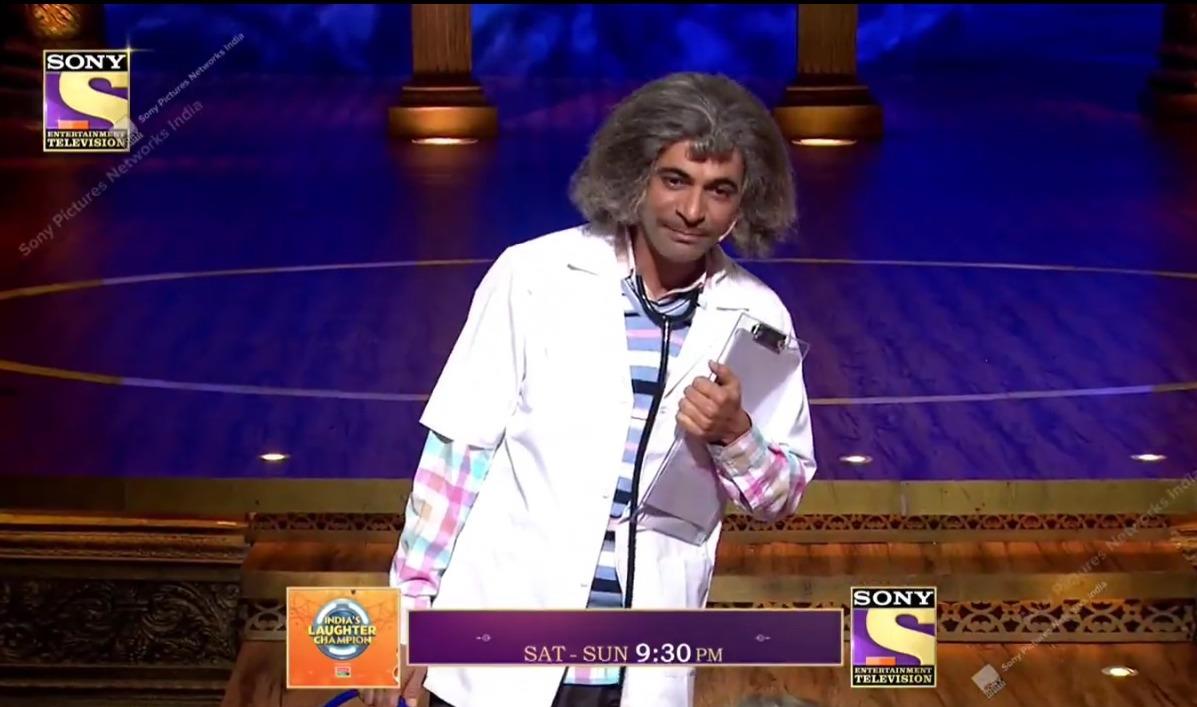 After a long interlude, acclaimed comedian Sunil Grover is back with his magnum opus character of Dr Mashoor Gulati. Sony TV official Instagram account has laid out a new promo of India’s Laughter Champion where Grover marks his comeback in his usual Gulati’s attire and wit.

At the very onset, Grover flirts with show judge Archana Pooran Singh by expressing his feeling to see latter’s smile from a bit closer.

Acclaimed comedian can also be seen playing blind-man’s buff with the participants of the show.

Sunil was last seen on TV in Gangs of Filmistan, but the show was short lived. Sunil also had a health ailment where he got admitted to Mumbai’s Asian Heart Institute after he suffered a heart attack. He, however, was later discharged after bypass surgery.

The show India’s Laughter Champion hasShekhar Sumanand Archana on the judges’ chair. It premiered in June after Kapil Sharma and his TKSS team went on US live show tour.