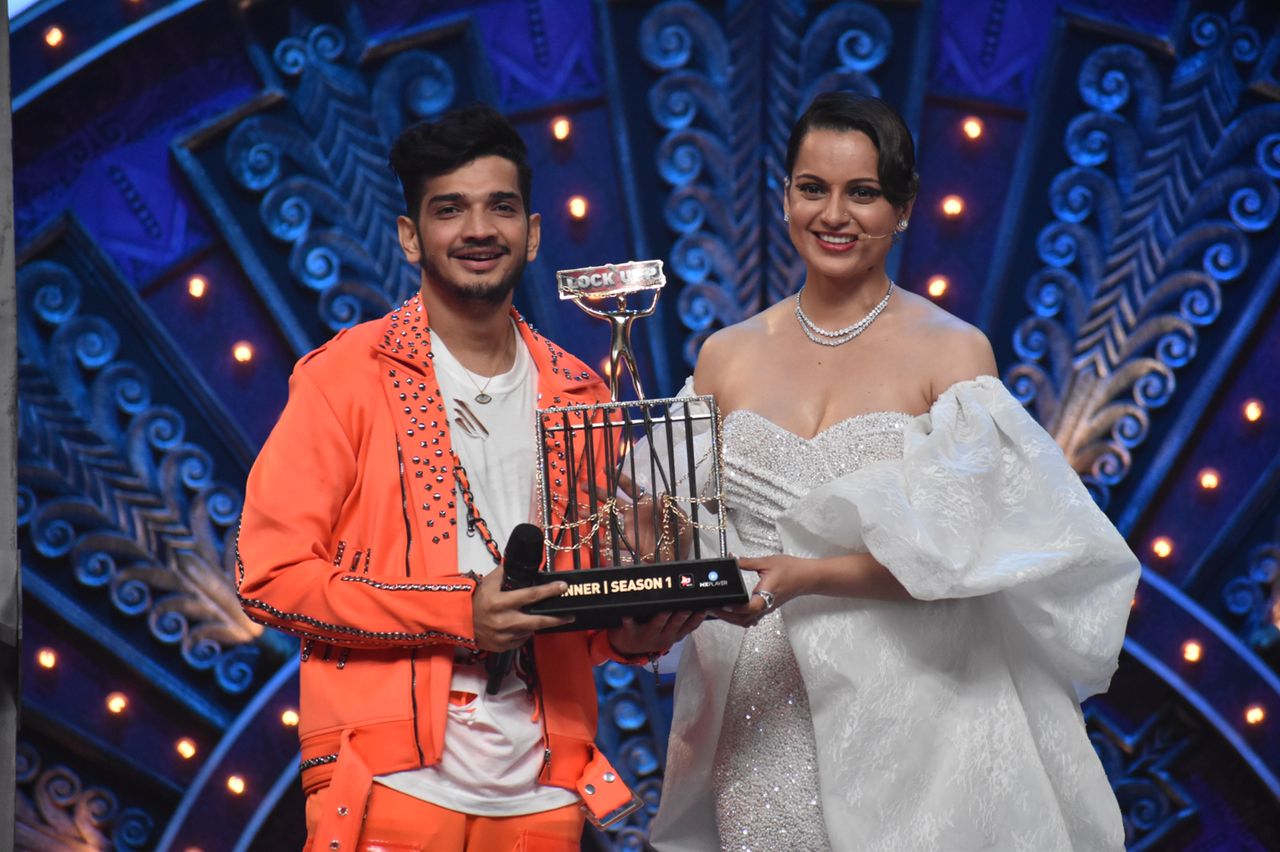 He was in jail not long ago for “insulting Hindu gods and goddesses”, a charge he denies, but well past Saturday/Sunday midnight, controversial stand-up comedian Munawar Faruqui was released from Ekta Kapoor and actress Kangana Ranaut ‘Lock Upp’ with a Rs 20 lakh cheque and a brand new car.

Unlike most reality shows, the Lock Upp winner was decided not only on the basis of popular votes, which was topped by Faruqui, but the host, Kangana, had the last word on the subject. It was her seal of approval that finally decided the winner. Payal and Anjali, with whom Faruqui had gotten quite close on the gritty reality show, were declared the first and second runners-up, respectively.

Faruqui, who, before entering ‘Lock Upp’, was seeing his shows being cancelled by the Karnataka Government, generated a lot of sympathy and public goodwill by coming across as a boy from a Dongri chawl who had seen poverty, his mother commits suicide and his marriage breaks up, and had also been abused sexually as a child.

Kangana and he also had a hot exchange initially on his political views, but quite clearly, their differences did not come in the way of the show’s celebrity host declaring him the winner. — IANS