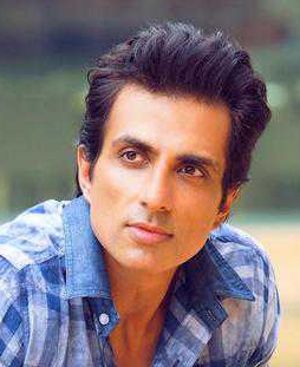 Much is being spoken about the ongoing debate between Ajay Devgn and Kannada actor Kiccha Sudeep over Hindi’s status as national language. Now, Sonu Sood has joined in to share his take on the war of words that’s all over Twitter.

Primarily a Hindi actor, Sonu Sood has acted in many south films. So, when The Indian Express asked him his views, he told the news portal that he doesn’t think Hindi can be called just the national language. The actor instead gave a new national language and according to him that’s ‘entertainment’. According to Sonu, “It doesn’t really matter which industry you belong to. If you entertain people, they will love you, honour you and accept you.”

Sonu Sood recently told that his real-life image has led to a shift in his reel image. His work as a ‘saviour’ during covid has influenced the kind of films being offered to him. So, when it comes to how people perceive films, he told The Indian Express that, “Gone are days when people used to say ‘leave your mind behind’. They won’t leave their mind behind and shell out thousands of rupees on an average film. Only good cinema will be accepted.”

Sonu also commented on KGF 2, RRR and Pushpa’s success. He said that their thunderous performance at the box office will “change the way Hindi films will be made”.

The two later ended the war of words as Sudeep said that his comment was taken out of context and even Ajay Devgn replied that they are friends and he believes it’s one film industry.