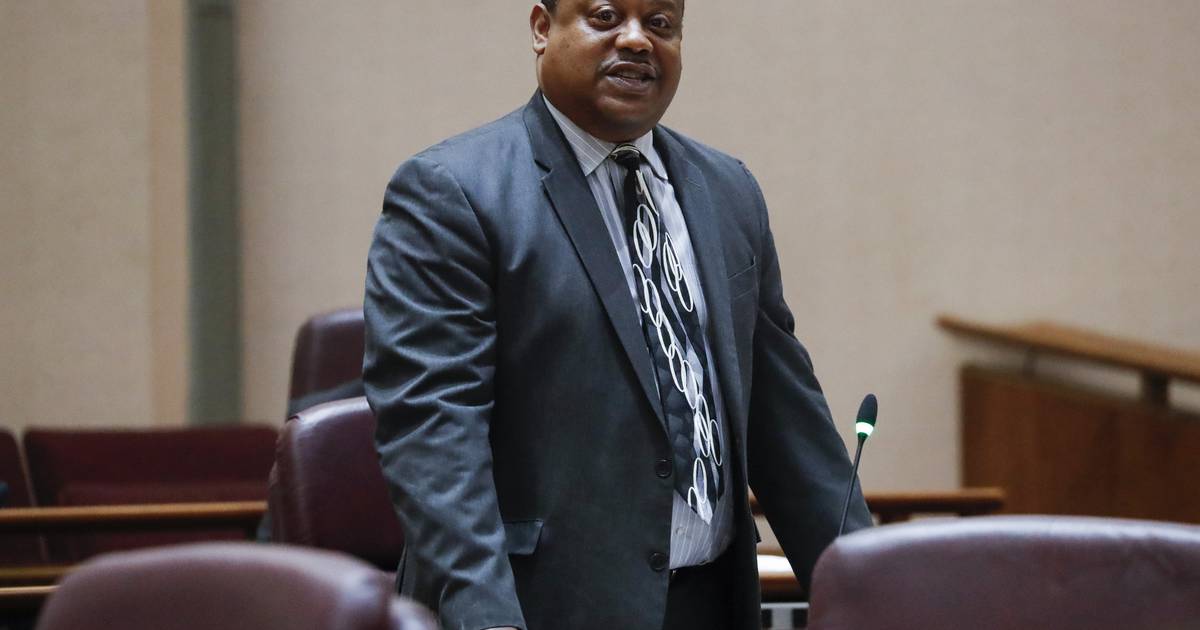 South Side Ald. Roderick Sawyer, whose father served as mayor in the 1980s, will run for City Hall’s top job, he said Thursday.

Sawyer’s declaration marks an extraordinary break with Mayor Lori Lightfoot, who selected him to be part of her City Council leadership team as chairman of the health and human services committee. In an interview with the Tribune, Sawyer criticized Lightfoot’s combative leadership style and said her contempt for aldermen makes it difficult for the City Council to get things done.

“I don’t think I would treat my colleagues as nemesis or an opposing party. We’re all partners in this,” Sawyer said. “That’s the approach we need to take.”

Asked about Sawyer’s entry into the race Thursday morning, Lightfoot said she will announce her re-election campaign next week and defended her record.

“Another day, another man who thinks he can do this job better than me,” Lightfoot said.

A former head of the City Council Black Caucus, Sawyer has been an alderman since 2011, when he won a race to unseat incumbent Ald. Freddrenna Lyle. His father, Eugene Sawyer, also represented the sixth ward in Chatham until 1987, when Mayor Harold Washington died and the City Council voted to appoint him to the job. Eugene Sawyer lost his bid for a term of his own to Mayor Richard M. Daley.

[ Who’s in, who’s out and who’s undecided in the Chicago mayor’s race ]

Although Sawyer is a member of the City Council progressive caucus, he developed a reputation as a pragmatist rather than an ideologue and worked closely with Mayor Rahm Emanuel’s administration. On his way out the door, Emanuel wrote $20,000 campaign checks to aldermen who had been supportive of his agenda, including Sawyer, who gave the money away to local community groups.

Despite Lightfoot tapping Sawyer for a committee chairmanship following her election in 2019, their relationship has been fractious. Sawyer told the Tribune the mayor was too slow to implement campaign promises, like a civilian police oversight board, which she had said was a 100 days priority.

That ordinance passed last summer, after aldermen including Sawyer and North Side Ald. Harry Osterman led a group to negotiate a settlement with Lightfoot. The ordinance establishes a citizen panel to oversee Chicago police — but not with all the powers asked for by the grassroots organizers.

For one, the oversight board would only have the ability to pass a nonbinding no-confidence vote on the police superintendent. The final body has some authority to set Chicago police policies, but Lightfoot has the ability to veto policies she doesn’t like, which would then need to be voted on by the City Council.

Sawyer also criticized Lightfoot for how she handled the elected school board. Lightfoot campaigned in support of one but criticized the bill that ultimately passed Springfield.

Sawyer has had some political struggles of his own that have raised questions about his potential candidacy. In 2019, a little-known candidate forced Sawyer into a runoff, which drew raised eyebrows from aldermen who didn’t understand how an incumbent with his family legacy in the ward could be in such a close race against someone without significant campaign resources.

Sawyer told the Tribune he was in a “funk” after Brian Sleet, one of his top advisors and close friends, died, and that helps explain why he was narrowly forced into a runoff.

Sawyer’s candidacy could pose an added challenge to Lightfoot by dividing up her expected base of support. In the first round of voting in 2019, Lightfoot emerged first from a 14 candidate field with less than 20% of the vote, much of it from white wards on the lakefront. This time, Lightfoot’s coalition is expected to rely more heavily on Black voters, but Wilson, Sawyer and Buckner could harm that calculation.

For his part, Sawyer said he hopes to get broad support.