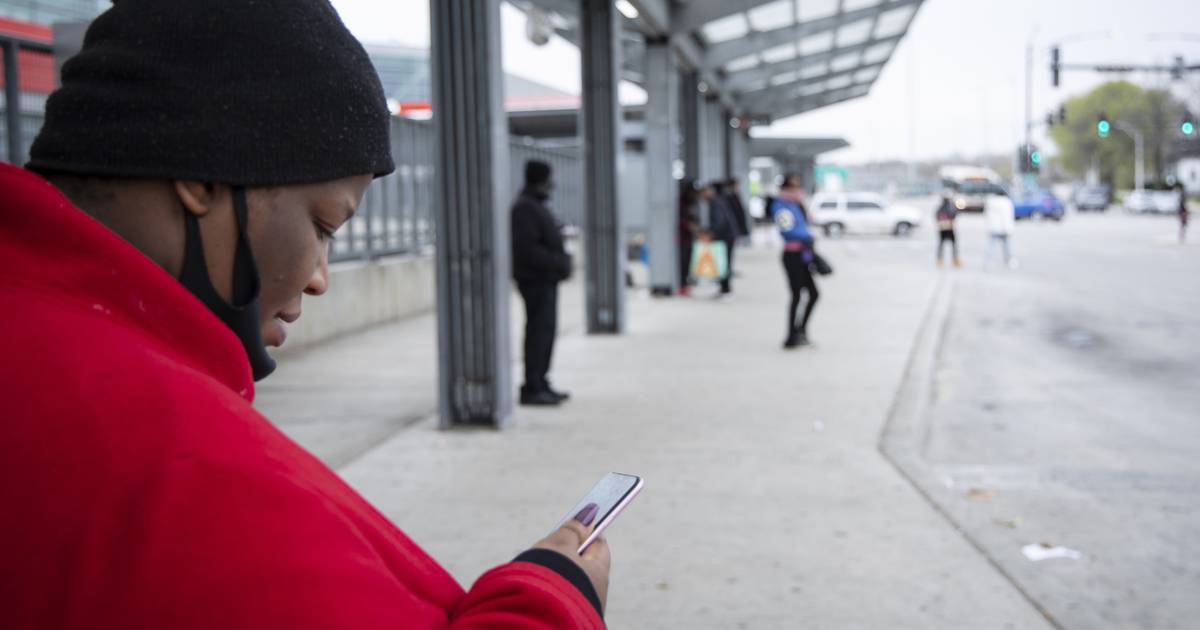 For more than 20 years, Roseland resident Willie Tyler has been taking the CTA six days a week to get to work downtown. For Tyler, Mayor Lori Lightfoot’s prepaid gas and transit use card giveaway will provide him with some financial relief this summer.

“We need it,” he said amid the on-again, off-again rain Thursday afternoon at the CTA 95th Red Line Station. “It helps us a lot right now. A lot of people don’t have funds to get on the bus. It’ll make a big difference.”

But Tyler, who has already applied for the prepaid cards, said the timing of the giveaway isn’t the best.

“I know what she’s trying to do,” he said. “She’s trying to get votes. It’s not going to work because she’s affected a lot of people negatively, too.”

Some Chicagoans, along with various aldermen, are skeptical of Lightfoot’s intentions behind the plan to give away the prepaid cards this summer to those who need the help most, but that doesn’t mean residents aren’t unhappy about the chance to get some relief.

The City Council on Wednesday narrowly passed Lightfoot’s giveaway of up to 50,000 prepaid gas cards worth $150 each and 100,000 prepaid Chicago Transit Authority fare cards worth $50 each. The giveaway, known as “Chicago Moves,” is described on the city’s website as a “financial assistance program providing $12.5 million in transportation relief to Chicagoans in need,” which will be paid for with taxpayer dollars.

Those who are interested in getting a prepaid card must apply either online, in-person at a Chicago Public Library location or by mail by sending a letter with a completed application to ATTN: Dept. of Finance: Chicago Moves, 121 N. LaSalle St., 7th Floor, Chicago, IL 60602. Applicants must be Chicago residents, at least 18 years old and have a household income at or below the city’s area median income. More information and application forms in English and several other languages can be found online.

Applicants will be notified by email if they have been selected to get a card. The cards will be distributed via a lottery system in the second week of every month from May through September, according to the city. Applications should be submitted by the first of the month to be considered for that month’s lottery.

Those who are not selected in one month’s drawing will be automatically entered into the drawing for the next month. Only one application will be accepted.

Alexis Brown, a lifelong resident of the South Side, said she used to drive but “it got too expensive,” so now she chooses to take the bus to get around and commute to and from work. She said she’s interested in applying for the CTA card, if the program works out as it’s supposed to.

“I want to see how it works,” Brown said. “At this point, there’s a lot of stuff that the mayor has said that we have yet to see, so I’m just waiting to see.”

Brown said the cards would “be very helpful” for people who drive to save money on gas and for people who are riding the buses and trains every day and can save money on transit fare because “everything is so expensive now.” She said she has been following Lightfoot’s career since before she was mayor and doesn’t think the giveaway has anything to go with garnering support for potential reelection.

“Before she was mayor, she was always about helping people and always about making sure the neighborhoods get what they need, so that’s nothing new,” Brown said. “I wouldn’t say that it’s a push toward her reelection because before we even knew her on this platform, she did a lot of community work.”

Lightfoot has yet to formally announce her reelection, but Brown is confident Lightfoot will run again.

Lightfoot’s giveaway announcement comes after mayoral candidate Willie Wilson’s three self-funded gas giveaways, worth $2.2 million in total, which saw drivers camp out at gas stations across the city and Cook County to get free fuel. Some locals said Lightfoot’s giveaway is a way to even the playing field ahead of throwing her name back in the ring for office.

According to the city, three-quarters of the cards would be prioritized for residents in “community areas that face higher mobility hardship,” while the remaining 25% will be distributed equally to each ward citywide.

Use of the gas cards is limited to fueling up at pumps within the city, and the transit cards can be used to buy fare at Ventra vending machines in CTA stations, Ventra retail locations across the city or via the Ventra website and mobile app.

Valerie Avant waited in the driver’s seat of her car while her eldest son got out to put in $25 worth of gas at a BP station in Bridgeport, which he said was only close to half a tank for them. Avant said she should apply for the chance to get a prepaid gas card this summer but wonders why Lightfoot decided to help people now when many have been struggling to make ends meet throughout the pandemic.