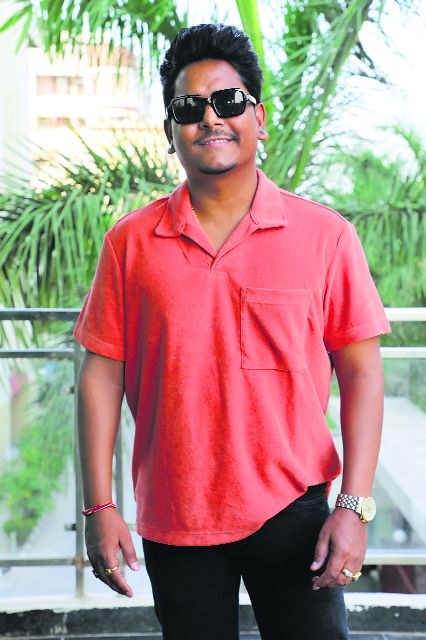 Reality show star and singer of the song Tera Ishq Sufiana, Kamal Khan considers music as his gift, something that has made him travel across the globe. “Music is a gift from the Almighty, it is as if he blessed me with a ticket to travel,” he beams.

Back to live performances, Kamal is enjoying being on stage once more. He celebrated his birthday on Monday by launching a music label, One Show Media.

While his latest number, Dashboard, is much about gaddis and girls, with the new label Kamal wants to get out of the ‘gun and gangster’ genre and make some music that talks of real issues. “Our next song from the label is Chehra, which is based on acid attack victims,” says Kamal.

From village Reeth Kheri, near Patiala, Kamal started learning music from his mother at a very young age. “I inherited the love for music from my mother.”

Many singles and albums to his credit, Kamal has sung for films like The Dirty Picture, Jolly LLB, Chehra, Qismat and Sufna. And how different is playback singing from live performances? “Not much, I sing because I love music; I record songs with masti as I perform,” shares Kamal, whose father is an employee with the Punjab health department and mother a homemaker

A huge fan of Arijit Singh, Kamal says the industry is not a competitive field, but a friendly ground where singers and composers collaborate. “Arijit is my favourite because he sings from their heart.”

Currently enjoying Pasoori by Ali Sethi and Shae Gill, Kamal hopes to make music that laud our rich culture. “What Coke Studio has done is amazing. I wish to bring more fresh artistes and songs that speak of our culture to the forefront with One Show Media. I am grateful to have collaborated with Tarun Nagpal, whose creative inputs I value much when selecting and producing songs.”