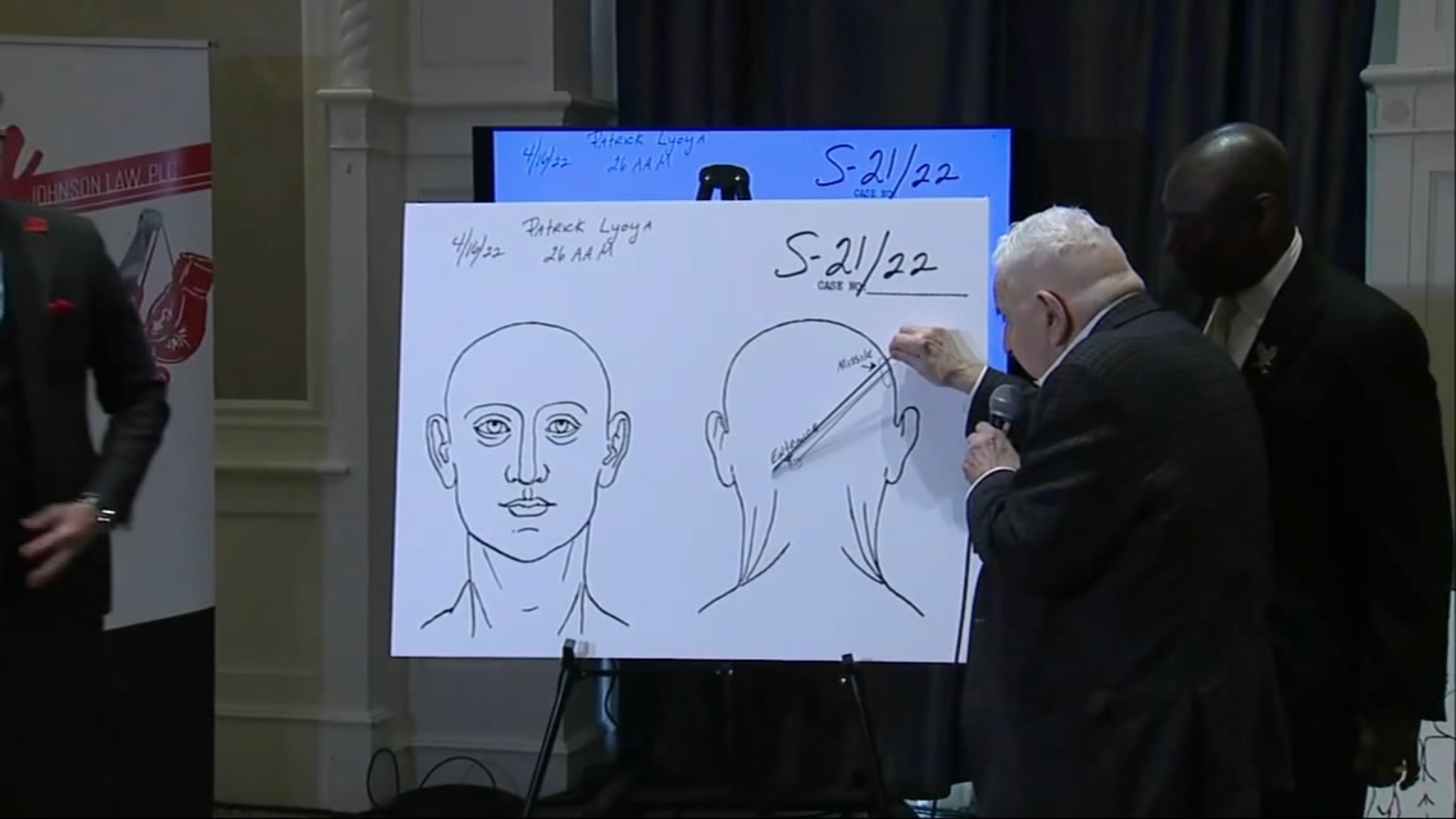 GRAND RAPIDS, Mich. — The Michigan police officer who killed Patrick Lyoya with a shot to the head has been with the Grand Rapids department for seven years, after starring as a pole vaulter at a small college and marrying his longtime girlfriend during a church mission trip to Africa.

Christopher Schurr’s name had been circulating since his face was seen in videos of the April 4 confrontation with Lyoya, a Black man. But his identity wasn’t publicly acknowledged until Monday when the police chief changed course and released it, three days after passionate demands at the funeral of the 26-year-old native of Congo.

Chief Eric Winstrom said he was acting “in the interest of transparency, to reduce ongoing speculation, and to avoid any further confusion,” though no other information about Schurr’s service with the department was released.

Lyoya, who was unarmed, was face down on the ground when he was shot in the back of the head, moments after a traffic stop in Michigan’s second-largest city. Schurr was on top of him and can be heard on video demanding that he take his hand off the white officer’s Taser.

A forensic pathologist who conducted an autopsy at the family’s request said the gun was pressed to Lyoya’s head when he was shot.

The Associated Press left a phone message Monday seeking comment from Schurr, who remains off the job while state police investigate the shooting. The AP reached out to him several times over the past week, including knocking at the door of his suburban home. There was no answer.

Schurr, 31, grew up in Byron Center, just south of Grand Rapids, and joined the police in 2015 after attending Siena Heights University in Adrian, Michigan, where he studied accounting and was a star pole vaulter.

He won an NAIA national championship with a vault clearing 17 feet, inches and, as a junior, the university’s scholar-athlete award, according to Siena Height’s alumni magazine.

Schurr was active in his church when he was younger, taking missionary trips for Corinth Reformed Church in Byron Center, according to a 2014 story in Vaulter Magazine, a publication dedicated to the sport.

Schurr said he was getting married that year, and couldn’t afford to have a wedding celebration and take a separate trip to Kisi, Kenya, to build homes, so he decided to get married there.

“We’re going to do a wedding their style,” Schurr told the magazine. “I have an African outfit already and my fiancee will pick out some fabric and she’ll make a Kenyan-style dress.”

A Twitter account with his name that appears to belong to the officer follows a few national track and field athletes, including a pole vaulter. There are no Tweets associated with the account. A Facebook page with Schurr’s name appears to have been taken down.

A college teammate, Ryan Hopson, said Schurr was mild-mannered and quiet in college, friendly and quick with a smile.

“He always had a good vibe,” Hopson said. “I can’t say nothing bad about him. I really can’t. … I was shocked to see it was him, but I don’t know what it’s like to be a cop and have my life on the line.”

The police department’s decision to reveal Schurr’s name was a reversal. After the release of video of the shooting, Winstrom insisted he would withhold the officer’s name unless he was charged with a crime. It was described as a long-standing practice that applied to the public as well as city employees.

But Lyoya’s family and Black leaders, including the Rev. Al Sharpton, repeatedly pressed for it, including at Lyoya’s funeral, which drew 1,000 people Friday.

“We want his name!” Sharpton shouted, saying authorities cannot set a precedent of withholding the names of officers who kill people unless the officer is charged.

Ven Johnson, an attorney for the family, said it’s important that Lyoya’s parents now know Schurr’s name, though he scoffed at the police chief citing “transparency.”

“It’s not transparent when you hide something for three weeks. It’s quite the opposite,” Johnson said. “It’s cops taking care of the cops instead of treating it like a normal investigation.”

After Lyoya’s funeral, Grand Rapids City Manager Mark Washington acknowledged the demand for the officer’s name and said he would discuss the matter with Winstrom and city employment officials.