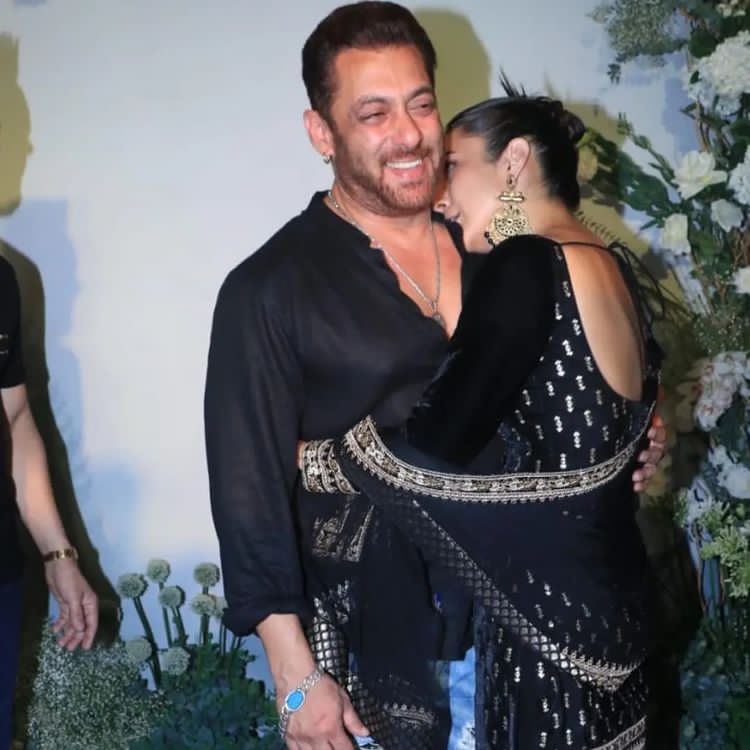 They both made Eid very special for their fans. They exchange of warm hugs and cheerful smiles between the two made their hearts full.

While Shehnaaz made her way alone into the party, posing for the cameras, she was escorted out of the party by Salman himself.

Shehnaaz was seen having a quick conversation with Salman and ended up hugging him. Just as they parted ways, Shehnaaz gave Salman another hug and even kissed him before she left the party.

Below are the reactions of fans:

For these things to happen people need to understand how #SalmanKhan carries himself.
Only his immediate family & friends get this loving, caring treatment from him! An open hand hug, leaving her to her car, closing the door. She has earned that trust. My baby!#ShehnaazGill 💫 pic.twitter.com/KUZaKqinZ5