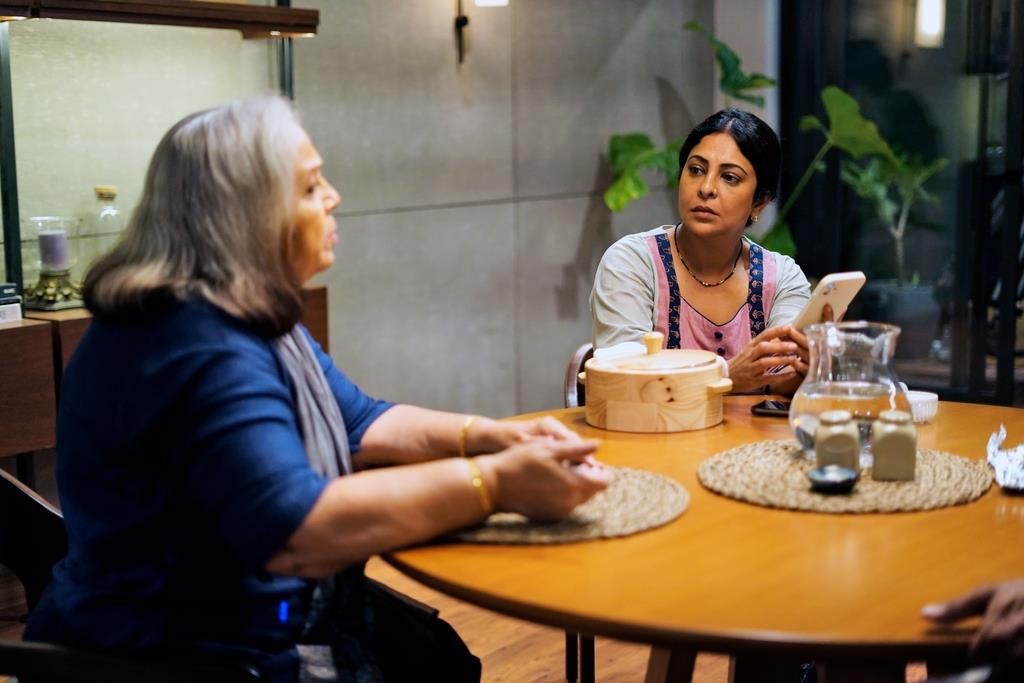 DCP Vartika Chaturvedi of Delhi Crime, Dr Gauri Nath of Human, Neelam Mehra of Dil Dhadakne Do, Shefali Shah can portray different roles—a dynamic cop, an ambitious doctor or a rich yet vulnerable wife—with élan. International Emmy-holder Delhi Crime turned the tide in Shefali’s favour. At a stage in her career where roles are specially being written for her, Shefali’s approach has been the same—follow the instinct! Now stepping into the shoes of a mother in Suresh Triveni-directed Jalsa, which releases on Amazon Prime Video on March 18, Shefali gives a peep into her impressive innings.

In love with Punjabi food

All of Vipul’s films were made in Punjab. And because he was shooting there, I would keep travelling. My first reaction to Chandigarh was what a beautiful city, so open! Food there is amazing and Punjab is so rich in culture. Each time, I have to go Punjab, a visit to Golden Temple, Amritsar, is a must; it’s surreal. And, I love dhaba food. I only eat Punjabi food when travelling from Delhi towards the North.

What made you say yes to Jalsa? How was it playing Rukhsana in the film?

I loved the script, co-actors and director; it was like a wholesome package. Rukhsana is not complicated, but complex. She is a simple, yet strong-headed woman. She has pride, not ego. She is aspirational and wants the best for her children. I loved playing the character.

How is it having Vidya Balan as a co-star?

I love Vidya Balan—as an actor, as a co-star, as a human being. It’s a pleasure, a treat to work with someone like her. It was a very gratifying experience for me.

Does it matter to you if your film is being released on big screens or on OTT?

It doesn’t. I rarely ask where it would go. It’s a film producer or director’s choice. Jalsa is very appropriately placed on Amazon Prime Video. I always say OTT has made a lot of difference. On box- office, if a good film doesn’t work at the first weekend, its fate is decided. On OTT, whether it’s the first weekend or whenever people see it, it can pick up. OTT is a very powerful medium and will grow even more in the future.

Does it make you nervous when a project is about to release?

Yes, I get nervous. But Jalsa will definitely impress the viewers.

How do you choose any project?

I go by my instinct all the time. If a role or story moves me, then I will do it. When I read a script, I don’t think of where it would be shown. Mine are mostly instinctive decisions and so far, they have worked quite well. Yes, there is a thought that I mustn’t repeat myself. But always, it’s an instant yes or no!

Almost 27 years into the entertainment industry, how have things changed?

There is a marked difference. Of course, good films were made earlier too. But now content is the king. Not only stars, but actors are becoming the ‘hero’. Now the reach is more, acceptance of audience is more. It has hugely changed for women. Female-oriented scripts are being written.

Which of your projects are special for you?

There have been cult films like Monsoon Wedding, Satya, and Gandhi, My Father. Then, of course, Delhi Crime was a game-changer. Professionally, it changed industry’s point of view towards me. Now people see me as the central character, or parallel lead, so it would always be a very precious project for me.

How is it being married to another creative person? Is there a lot of give and take regarding work?

Of course, there is. We discuss projects with each other. But whether to do it or not is an individual decision. When a new project comes out I want to sit with Vipul (Shah) and my children. First thing I want is for them to see. I respect Vipul’s opinion. Not just because he is my husband and I love him a lot, but I hugely respect him professionally. Not just ours, we also discuss other projects that we like and admire.

What are your upcoming projects?

There is a film called Darlings with Alia Bhatt. Then there is a beautiful film by Avinash Arun titled 3 of Us with Jaidep Ahlawat and Anubhuti Kashyap. Also there is Doctor G with Ayushmann Khurrana and Rakul Preet Singh. And, of course, there is Delhi Crime 2.