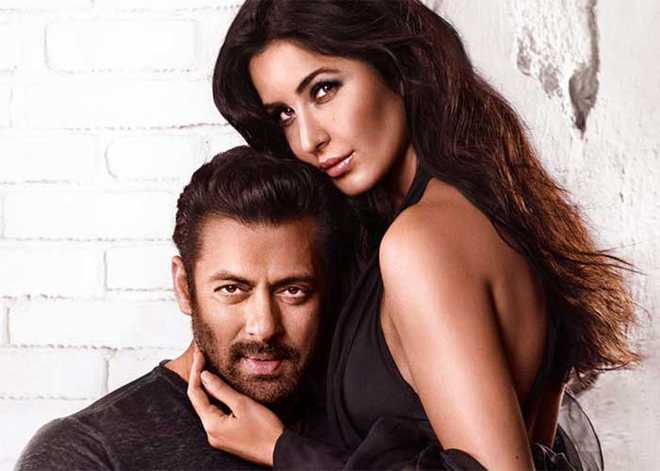 This should be an exciting news for all Salman Khan and Katrina Kaif fans. The two Bollywood stars have begun shooting for the next schedule of ‘Tiger 3’ in Delhi.

The stars were spotted at the Delhi airport and later they were pictured during the shoot of the third instalment of the ‘Tiger’ Franchise.

Although there are no official updates by Salman and Katrina but their fans are keeping a close watch at what their favourite celebs are doing.

Fan clubs and pages across social media platforms have the latest pictures of the superstar.

A video on Twitter by #iBadasSalmaniac shows Salman Khan and Katrina Kaif getting out of an aircraft. There are other crew members too in the clip.

Another picture that has been posted by beingsalmanic___27 on Instagram says it’s from the sets of Tiger 3.

The shot shows the ‘Dabangg’ star and Katrina Kaif. While Salman is wearing a maroon t-shirt and cargo pants, Katrina Kaif is dressed in stonewash black jeans and plum-coloured tee over which she is wearing a bullet-proof jacket. The two seem to be all set for an action sequence.

‘Tiger 3’ is being directed by Maneesh Sharma and the shoot of the film was stalled because of the pandemic. It was in 2012 when the first instalment ‘Ek Tha Tiger’ directed by Kabir Khan released. The second ‘Tiger Zinda Hai’ was directed by Ali Abbas Zafar and was released in 2017.