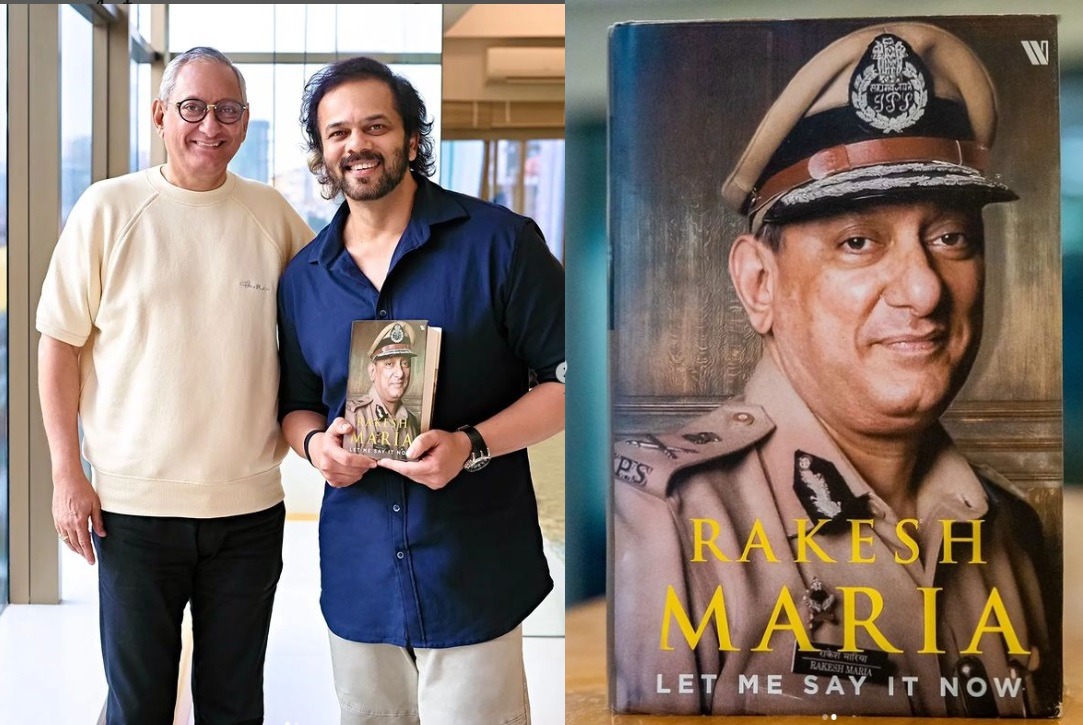 Filmmaker Rohit Shetty and Reliance Entertainment on Saturday announced they are teaming up to produce a biopic on Mumbai’s former commissioner of police Rakesh Maria.

The upcoming feature film will be based on the experiences of Maria and his career. Shetty said he feels honoured to bring the real-life cop’s brave and fearless journey to the screen.

“Rakesh Maria: The man who stared terror in the face for 36 years! His incredible journey spans all the way from the 1993 blasts in Mumbai, the underworld menace, to the 26/11 Mumbai terror attacks in 2008. Feel truly honoured to be bringing this real-life super cop’s brave & fearless journey to the screen,” the filmmaker said in a statement.

Makers are yet to finalise the cast, director and title for the film.

Rohit Shetty announced the project on Instagram with these pictures:

Maria said he is excited to re-live his journey through the movie, which will show the extraordinary efforts of the Mumbai Police as they face challenges and work against all odds.

“It is exciting to re-live the journey, especially when piloted by a brilliant director like Rohit Shetty. More than the nostalgia, it’s also a valuable opportunity to place before the people the extraordinary work of the Mumbai Police when facing tough challenges and working against all odds,” he said.

During his tenure, Maria also solved the 2003 Gateway of India and Zaveri Bazaar twin blasts case. He was also given the responsibility of investigating the 26/11 Mumbai attacks in 2008 and interrogated Ajmal Kasab, the only terrorist captured alive.