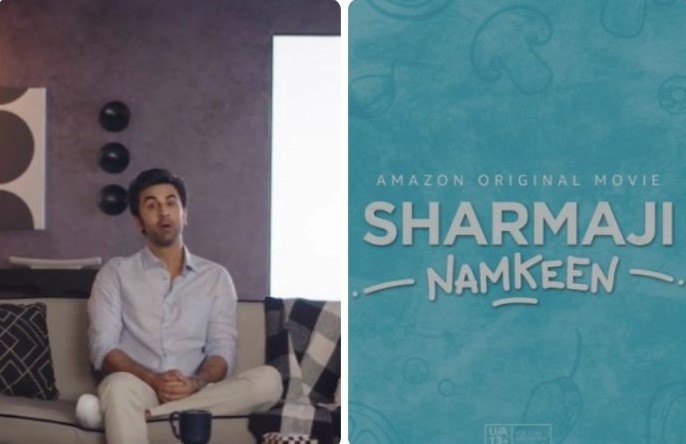 The film happens to be Rishi Kapoor’s last film and Ranbir took a moment to speak with his fans through the special video to talk about how this film was very close to his father’s heart.

In a video that sees the actor speak straight from the heart, Ranbir reveals how his father, a man so full of life and positivity, wished to complete the film at all costs despite his health deteriorating.

The actor states in the video that the veteran actor’s unfortunate demise resulted in the makers trying VFX, which made him try prosthetics to complete the film with no luck. It was veteran actor Paresh Rawal who stepped in and ensured Rishi Kapoor’s swansong gets a fitting conclusion, a gesture Ranbir is extremely grateful for.

Ranbir remembers his father with a phrase saying, “You must have heard ‘The show must go on’, but I’ve seen Papa live his life”, before he added, “‘Sharmaji Namkeen’ will always be my one of the most fondest memories of my father. Up on screen, bringing a smile to his countless fans.” He urged the viewers to shower their love for the film like they always did for Rishi Kapoor and requested them to watch the film’s trailer that releases on Thursday.

‘Sharmaji Namkeen’ tells the story of a recently retired man, who discovers his passion for cooking after joining a riotous women’s kitty circle.