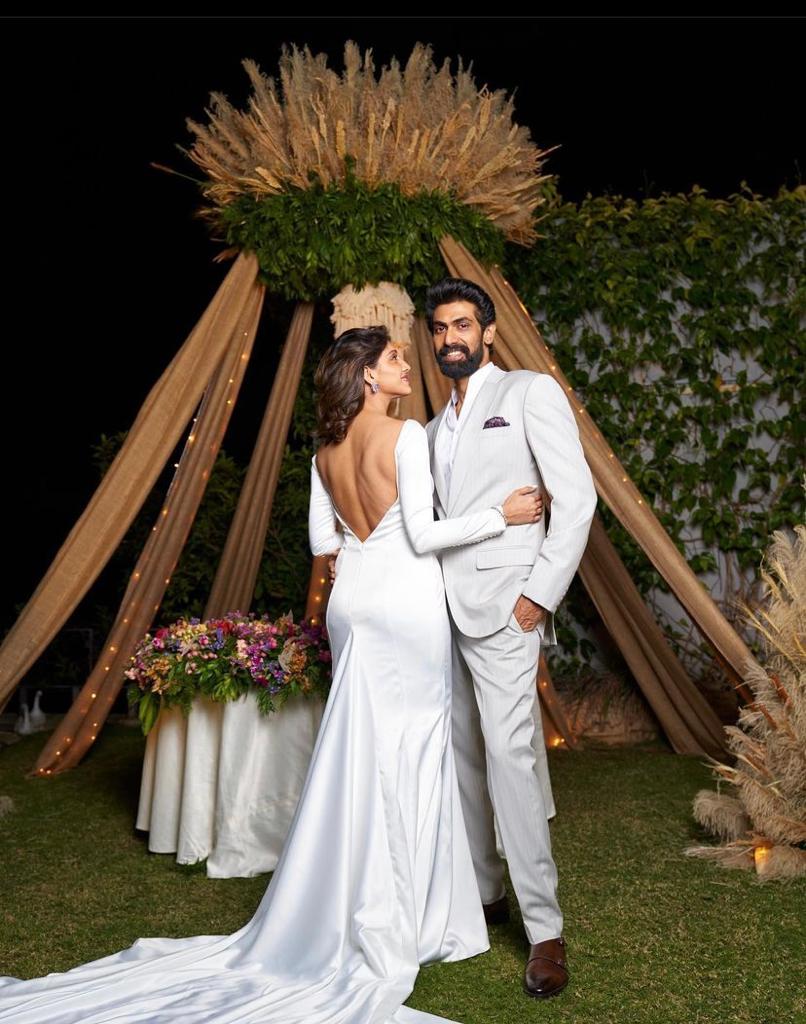 Rana Daggubati’s better half Miheeka Bajaj shared an Instagram post congratulating Rana on his completion of 12 years in the movie industry.

Sharing a poster from his debut movie ‘Leader’, Miheeka wrote, “12 years of excellence”. Sharing another poster of Rana Daggubati as Daniel Shekhar from the upcoming film ‘Bheemla Nayak’, Miheeka also wrote, “12 years of growth!!” Rana, who also thanked his fans, well-wishers, and followers conveyed his gratitude regarding the successful 12 years in the movie industry.

Rana had entered the movie industry with the movie ‘Leader’, which is directed by Sekhar Kammula.

The ‘Nene Raju Nene Mantri’ actor came into pan-India scenario with his appearance in Rajamouli’s ‘Baahubali’, as he was noted as the nefarious villain against Prabhas.

Some of Rana’s famous movies include ‘The Ghazi Attack’,  ‘Baahubali’, ‘Nene Raju Nene Mantri’ and ‘Rudramadevi’. Apart from movies, Rana Daggubati is a producer, a VFX coordinator, a tech enthusiast, an entrepreneur, and a businessman.