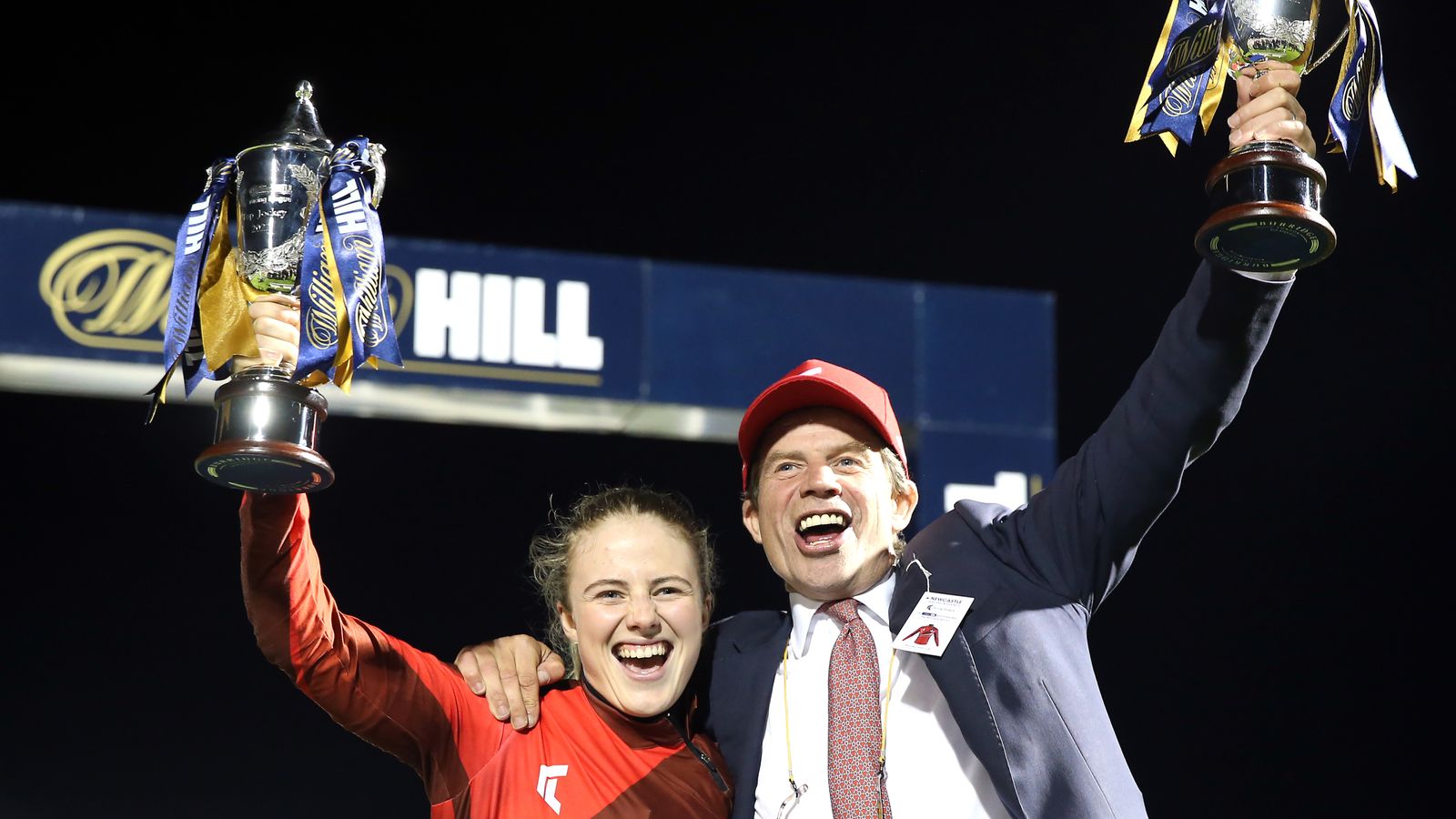 Wales & The West came from behind on a dramatic final night at Newcastle to seal the Racing League title courtesy of a remarkable 6500/1 treble from Saffie Osborne.

Having started the night trailing leaders London & The South by 36 points, Wales & The West needed some big results on the seven-race card at Gosforth Park.

They sent a strong team up north for the finale of this year’s team competition, but it was Osborne who proved the star of the show, riding three consecutive winners – the final two starting at huge odds of 40/1 and 28/1.

That propelled Wales & The West to the top of the table, with Osborne also making an unlikely move above longtime leader Sean Levey in the jockeys championship, earning the young apprentice a massive £20,000 bonus prize.

London & The South finished the night a massive 92 points behind in second, with The East in third after enjoying a double on the card.

How the Racing League’s final round unfolded…

With attention largely fixed on the top two in the title race, it was The East who slipped in under the radar to get off to a fast start.

Ray Dawson timed his ride on True Courage (11/2) to perfection to beat Wales & The West’s Sarsons Risk and Fair Star for The North.

Nicola Currie had looked to be travelling well on London & The South’s Scampi before fading back into fifth.

Team Ireland played their Joker for race two of the evening at Gosforth Park, but it was Wales & The West who came out on top courtesy of a competition favourite.

Tregony, the 9/2 favourite, landed her third consecutive victory in the competition under Saffie Osborne, adding another 25 points to the team’s total.

Ireland were able to pick up 36 points from second-placed City Runner, while The North’s White Willow and Scotland’s Innse Gall finished in a dead-heat for third.

London & The South responded by playing their final Joker for race three but that call backfired badly as their two runners finished down in 10th and 11th.

That opened the door for Wales & The West to take full advantage and they turned to 10-year-old veteran Raising Sand to get the job done for Saffie and Jamie Osborne at huge odds of 40/1.

He beat The North’s Light Up Our Stars, while Scotland also played their Joker and picked up double points with Yaaser and Bringitonboris in third and fourth.

Please use Chrome browser for a more accessible video player

London & The South were dealt a further blow in race four as Street Kid was withdrawn at the start after coming out of the front of the stalls.

It was all about Saffie Osborne in the end as she completed a remarkable 6,500/1 treble with 28/1 shot Billy Mill coming out on top.

The third victory moved Osborne to the top of the Racing League jockeys championship, ahead of Sean Levey, who was stood down from riding due to ‘medical reasons’.

Please use Chrome browser for a more accessible video player

Saffie Osborne completed a ‘miracle’ turnaround to seal the Racing League jockeys title on the final night after riding a 6,500/1 treble at Newcastle for champions Wales & The West

The most impressive performance of the night came from The East’s Never Just A Dream, who holds a Group One entry in the Middle Park Stakes.

London & The South looked to have hit back in the penultimate race as Danny Muscutt steered Temple Bruer to victory, but a well-timed Joker from Wales & The West team manager Jamie Osborne ensured they landed hugely significant double points with second-placed Honky Tonk Man and fourth-placed Watchya.

The combined 80 points was enough to seal the title with one race to go.

Yorkshire completed the night with a stylish victory from The Bell Conductor.