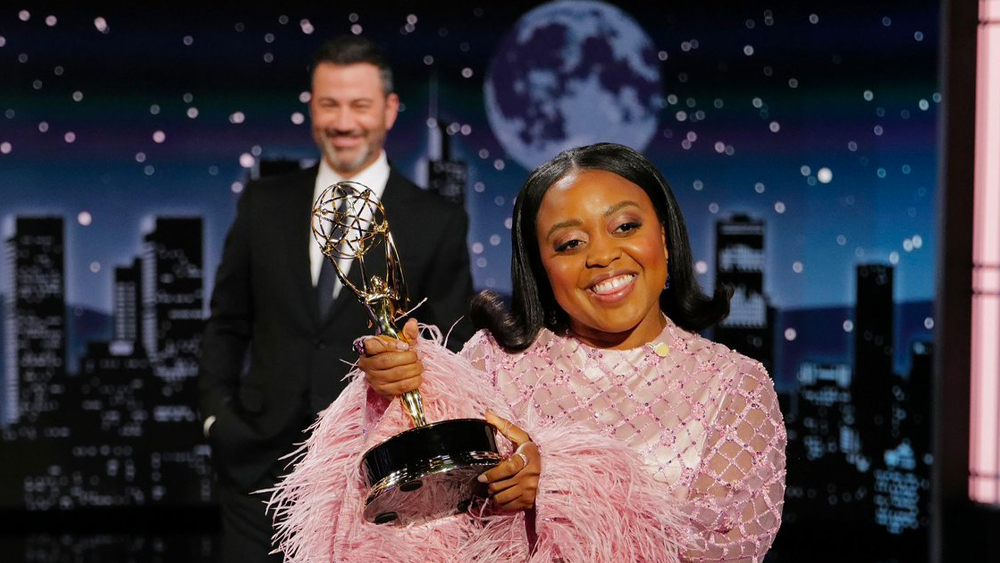 Emmy winner Quinta Brunson – who accepted her first Emmy Monday while Kimmel played dead on the stage below her – interrupted his monologue on ABC Wednesday night by showing off her shiny new hardware.

Brunson taped her appearance earlier in the day after she and her fellow Abbott Elementary cast members met with the press to talk about the new season. During the panel, co-star Sheryl Lee Ralph indicated she wasn’t too happy with Kimmel’s now infamous stunt before Brunson accepted her Emmy.

For those that missed it, Will Arnett dragged Kimmel on stage before announcing Brunson as the winner for Outstanding Writing in a Comedy.

I was absolutely confused,” she told reporters. “I didn’t know what was going on. I wish that man would just get up off the ground. Then I realized it was Jimmy Kimmel. Ooh, the disrespect, Jimmy! But that’s just me. I told him, too, to his face. He understood.”

Check back later for more from Brunson’s appearance on Jimmy Kimmel Live.