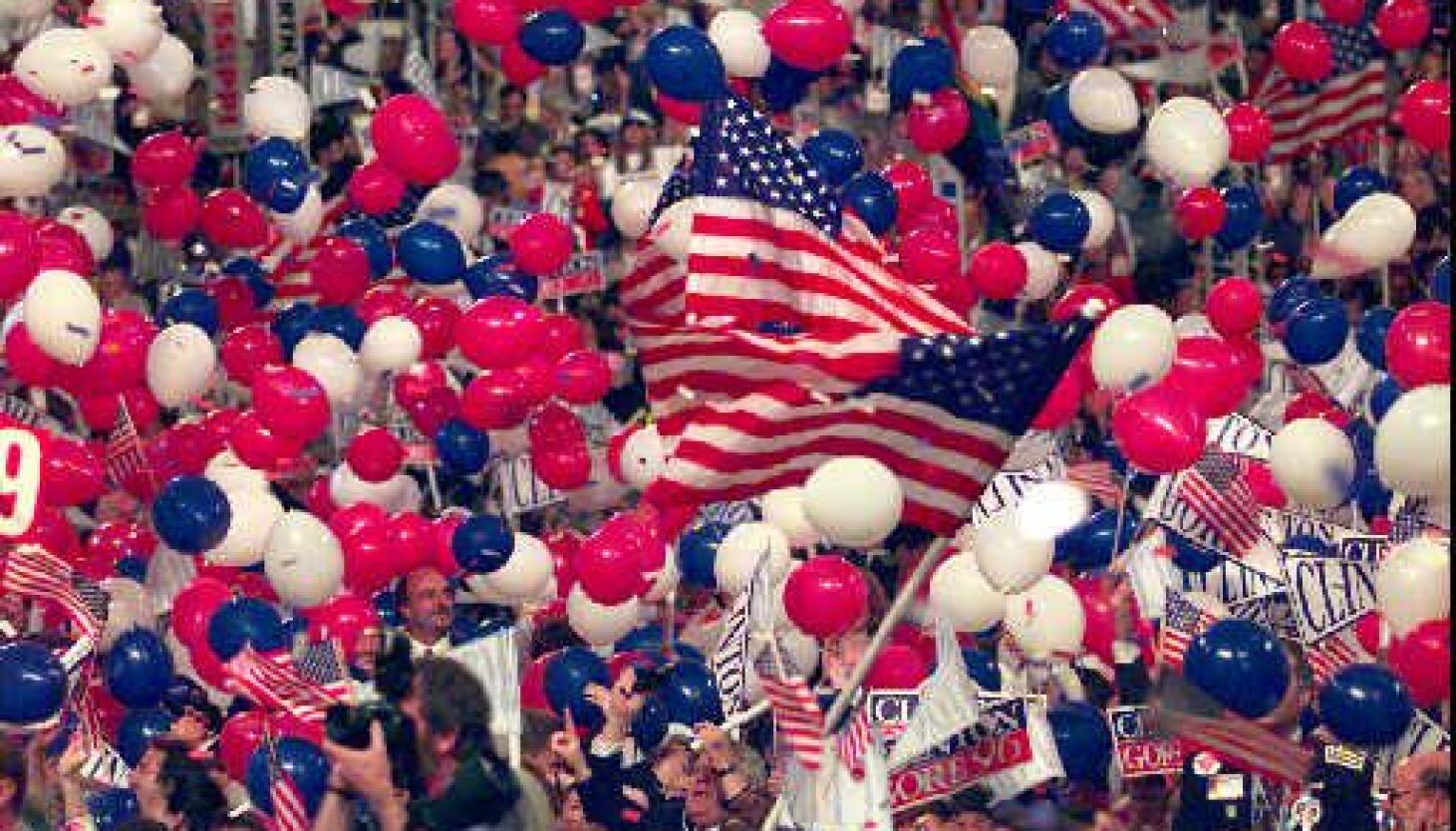 Fueled by Gov. J.B. Pritzker, and backed by the top Democrats in Illinois, Chicago is taking initial steps to pull together a bid for the 2024 Democratic National Convention, which would be the first major party gathering here since the city hosted the Democrats at the United Center in 1996.

Last fall, Democratic National Committee Chair Jaime Harrison flew to Chicago to meet with Pritzker, and that’s when the Democratic governor made his pitch for the city to host the 2024 convention, sources familiar with the meeting confirmed.

At that meeting, Pritzker lauded Chicago as the ideal choice for the convention and discussed how Illinois is at the forefront of a series of major policy initiatives that are important to the Democratic Party.

After that, Pritzker moved quickly to work with Sen. Tammy Duckworth, D-Ill., — a DNC vice chair — Mayor Lori Lightfoot’s team and a litany of other top Democrats in the state to start laying the extensive groundwork needed to put together a bid.

A Duckworth spokesman said, “Yes, the senator is supportive of the effort.”

The Democratic National Committee contacted several Democratic-led cities last July, including Chicago, to determine if it was a potential host city even as no formal “Request for Proposal” has been issued. In a letter, Harrison told potential bidders to let the DNC know of interest in hosting the convention — where some 35,000 delegates and others are expected — by Oct. 1.

The process of bidding for a convention usually starts with organizing a non-partisan host committee, charged with raising millions of dollars from local individuals, corporations and foundations.

At the same time, organizers have to get the official buy-in and guarantees from local governments dealing with transportation and related matters. That is not expected to be a high bar to clear given the dominance of Democrats in the Chicago area and Illinois.

Because of the COVID-19 pandemic, the 2020 Democratic Convention in Milwaukee was reduced to just a few events, with most of the programming virtual and delegates told to stay home.

Before COVID hit, a shortage of hotel rooms in Milwaukee required some delegates to be housed in hotels near O’Hare Airport and in Lake County.

Pritzker was supportive of Milwaukee’s bid since there was spillover business for the Chicago area. Chicago and its surrounding suburbs have enormous hotel capacity. A key DNC concern is having thousands of rooms in union hotels.

CNN reported on March 17 that theRepublican National Committee has reduced its 2024 host city search to Milwaukee and Nashville.

“As the DNC begins planning for the 2024 Democratic National Convention, Chicago is considering a bid to be host city, said Tarrah Cooper Wright, communications strategist and CEO of Rise Strategy Group, issuing a statement on behalf of a group whose members were not named but are trying to get the ball rolling on a bid.

“From previous Democratic Conventions to the NATO Summit and annual large-scale events like the Air & Water Show, Chicago has a track record of successfully hosting large-scale events, and has the leadership required to make a convention a success,” Cooper Wright said.

“Our city and state — a vibrant and diverse metropolis, thriving suburbs and strong rural communities — offer proof that our party’s policies deliver for American families, and a convention would provide a boost to the local economy. Given the potential for Chicago to be an ideal host, we have agreed to explore this possibility and will make a decision in the near future.”

Cooper Wright, a former press secretary for ex-Mayor Rahm Emanuel,was confirmed by the Illinois Senate as a member of the Illinois Sports Facilities Authority on Wednesday. She was nominated by Pritzker for that post.

Under Emanuel, Cooper Wright helped to oversee messaging on large scale Chicago events, including the 2012 NATO Summit and the 2015 National Football League Draft.

Pritzker, Lightfoot and Duckworth collectively retained Cooper Wright to work on the potential bid. The pitch comes as Pritzker faces a re-election bid later this year.

If Chicago wins the convention, it would be the city’s first since 1996. That’s when a picture perfect and nearly flawless convention at the United Center showcased Chicago and allowed then-Mayor Richard M. Daley to exorcise the demons of 1968.

Daley used the opportunity to erase what was the ugliest and most enduring portion of his father’s legacy, with the clashes outside the Conrad Hilton Hotel between anti-Vietnam War protesters and Chicago Police officers.

The convention also served as a catalyst to gentrify the Near West Side. Median planters were installed on Madison Street between the Loop and United Center, beautifying the dedicated bus lane that carried conventioneers between their hotels and the stadium.

When the 1996 convention was all over, Daley was so relieved, he held a celebratory news conference at Navy Pier to take a bow. It was almost as if the weight of the world had been lifted from his shoulders. He had finally written a new chapter to his father’s legacy by proving that Chicago could host a Democratic National Convention the right way with dedicated areas for protesters and no clashes between protesters and police.