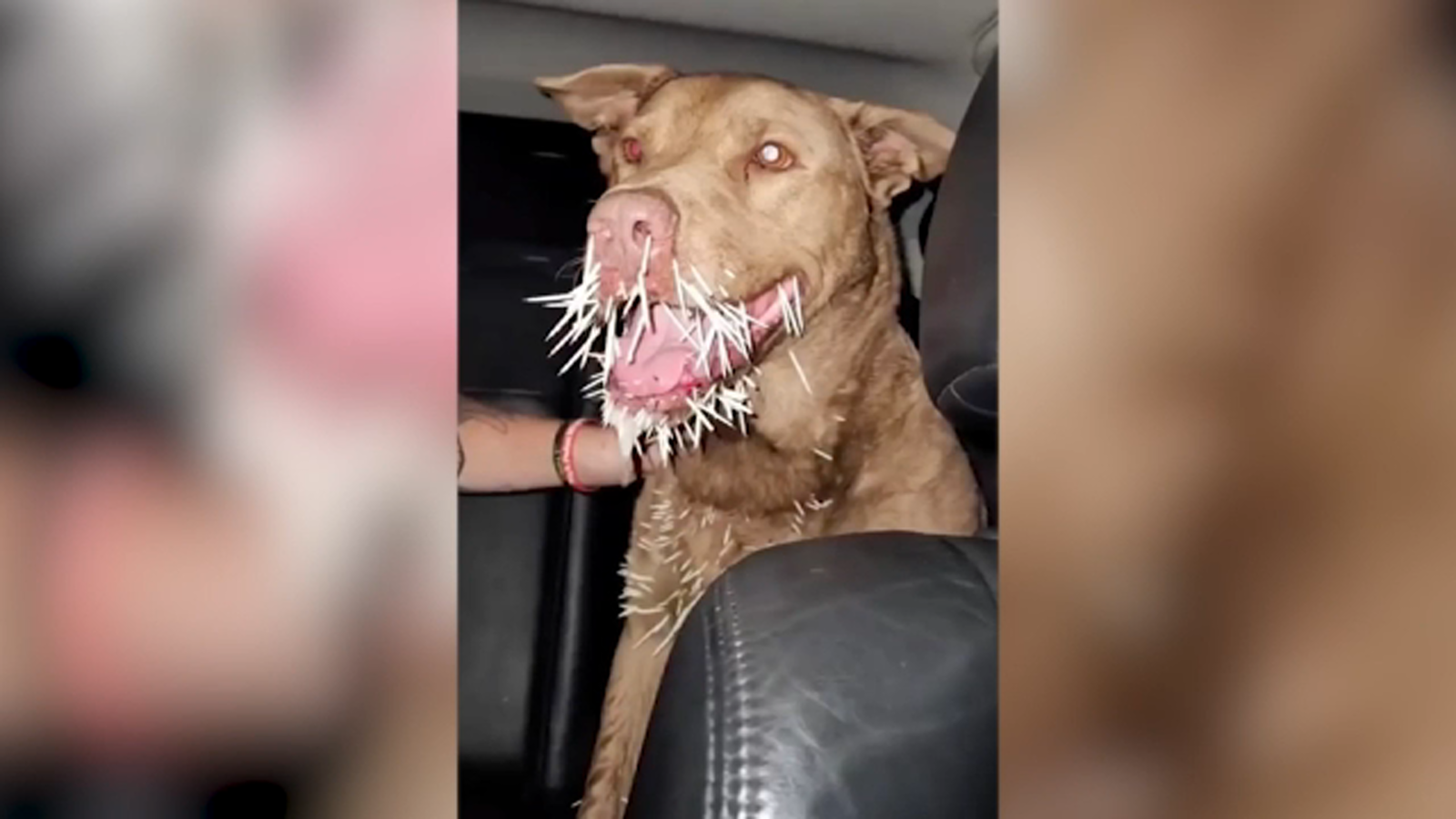 MONTAGUE, N.J. — A family in New Jersey is mourning the death of their dog after he got into a fight with a porcupine.

Chester, a 9-year-old pit bull-mix, got into a fight with the animal on the deck of his family’s home in Sussex County on Sept. 2.

“I could hear him crying in the backyard and her yelling and screaming,” owner Brenda DeGennaro said.

Chester had been let out one final time when the scuffle happened.

When his family found him, he had dozens of quills on his face, chest and stomach.

Veterinarians were able to remove several quills, but some went into Chester and pierced his organs, including his heart.

The family had to take him to a specialist.

“Our dog is ferocious, a very ferocious hunter,” DeGennaro said. “He’s probably going at it, going at it, and that’s why they say they’ve never seen a case this bad.”

After emergency surgery, Chester seemed to be on the mend but took a downturn a few days later and died on Sept. 10.

“The vet said she actually had his heart in her hand and was picking out the quills,” DeGennaro said.

The New Jersey Department of Environmental Protection says the agency does not track the porcupine population in the state, but directed to a warning on wildlifehelp.org:

“Dogs never seem to learn to avoid them, so keep dogs confined or on a leash when a porcupine is in the neighborhood,” the website said.

“I just didn’t know how deadly they could be, I didn’t even know that we have them in this area,” Miranda DeGennaro said. “I would hate for anyone to go to this because it’s just awful, traumatizing.”