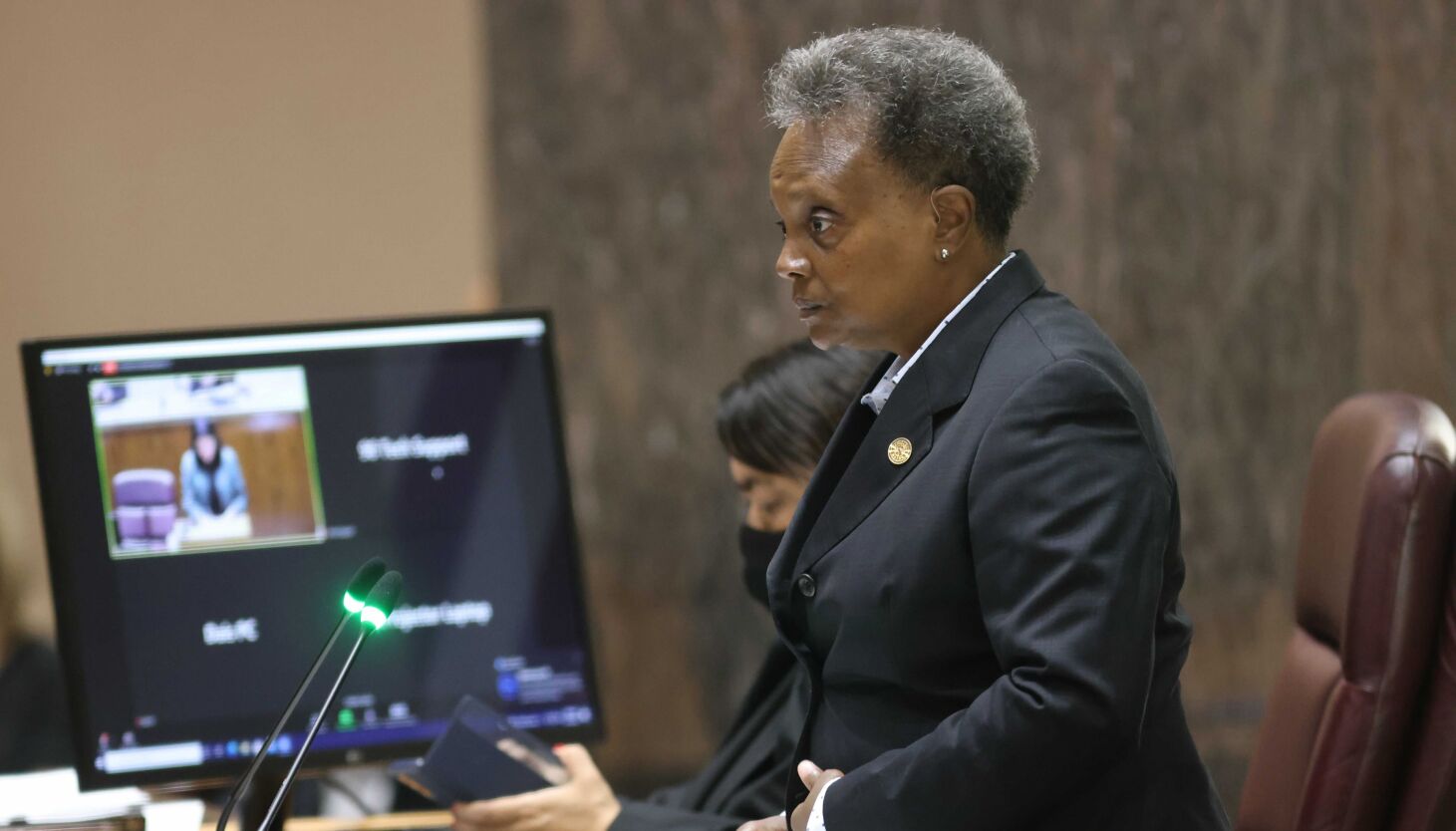 It looks like Mayor Lori Lightfoot may never have to contend with a City Council with its own attorney and parliamentarian to counter her rulings that contradict Roberts Rules of Order.

Not unless Lightfoot is re-elected, at least.

The Committee on Budget and Government Operations made that outcome more likely Wednesday, holding in committee a new and improved legislative counsel ordinance championed by Ald. Anthony Beale (9th), one of Lightfoot’s most outspoken Council critics.

Budget Chair Pat Dowell (3rd) said she placed the ordinance on the agenda with the intention of holding the hearing Beale has demanded for nearly a year.

But Dowell said she decided to hold the ordinance in committee after Beale’s “late” delivery of a substitute ordinance with dramatic differences. Those differences raised serious concerns that must be resolved, she said.

“People have not had an opportunity to really delve into the substitute, which we received late [Tuesday] — after working hours, actually — at 6:07 p.m. And there are a lot of substantive issues … really different from the original submitted by Alderman Beale,” Dowell told her colleagues.

“The changing of rules within the substitute ordinance should actually be considered by the Rules Committee. There are also issues with funding of the two positions with the Law Department. And the Budget Office has not reviewed any of this. We have not spoken with Law or Budget about what’s included in the ordinance.”

Beale branded Dowell’s objections a smokescreen and argued his colleagues have accepted and passed eleventh-hour substitutes on far more pressing issues without a whimper of debate.

“They’re trying to punt this until after the election as a favor to her and because they don’t want to give up control” of the City Council’s Office of Financial Analysis and the Legislative Reference Bureau, Beale told the Sun-Times.

Ald. Brendan Reilly (42nd), the City Council’s president pro tem, has scheduled a series of closed-door briefings for Friday to outline his counter-proposal for a legislative counsel.

Reilly wants to rename the Legislative Reference Bureau he controls and empower that new office to “provide unbiased advice to City Council members on parliamentary procedures, legislative interpretation and other substantive and procedural matters” during council meetings and to council committees “upon request.”

“The idea is to get this right the first time. … The hope is the outcome of the briefings is we have an even better ordinance,” Reilly said.

“Alderman Beale and I have the same goal here, which is to provide the City Council with much greater resources to make us a better-informed body when we’re interacting with the executive branch. Whoever that is.”

Reilly offered to prepare a “side-by-side comparison” between his own proposal and Beale’s “dramatically different” substitute, which he called “a lot better” than the original.

“No one wants to drag this thing out unnecessarily. I sure don’t. … If people are willing to set aside personality differences, we can get something done here,” he said.

“The purpose is not to kill one ordinance and pass another. It’s that, if we’re gonna do this, let’s do it right so we’re providing future City Councils with a really great tool box.”

Beale called his $1 million-a-year substitute “a great piece of legislation” that would bring “total independence and transparency” to a City Council now under the mayor’s thumb.

“This Council will finally be able to talk to lawyers and budget people in order to get honest and straight answers without having to go to someone for approval. This is basically copied out of what they do in Congress,” he said.

“Time is really of the essence. … I’m not interested in people trying to derail it.”

Last summer, 22 of Chicago’s 50 Council members signed a letter to the mayor demanding that she “honor and consistently follow” the Council’s rules of procedure, citing numerous occasions when Lightfoot made parliamentary rulings contradicting those rules.

Implied, but not stated, was that if Lightfoot continued to disregard those rules while presiding at council meetings, members would challenge her rulings in court.

In January, Beale tried to bring the matter to a head, but failed after yet another disputed ruling from the chair.

Prior to the vote, Lightfoot reminded alderpersons with “amnesia” that she campaigned on a promise to give the council its own attorney, but “the body hasn’t acted.”

“It is a complicated thing. What are we gonna do — have dueling parliamentarians on the floor of this body? Maybe. Maybe. But you’ve got to figure it out. Let’s not do things on the fly,” Lightfoot said.

“Need I remind you of your legislative inspector general and the amount of money that was spent there because it was done on the fly and not thoughtful. Hundreds of thousands of dollars that were spent and owed without having any parameters around what that individual’s work was.”