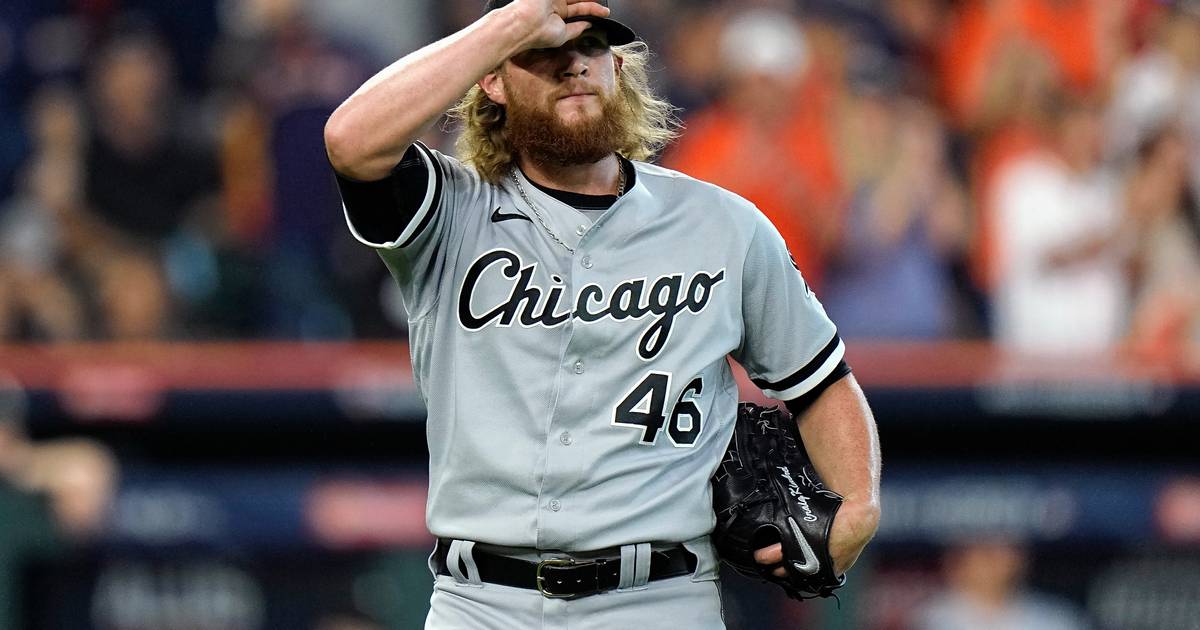 Ross tossed out a few possibilities, but he also noted how nice it was having Craig Kimbrel to call on over the first four months of last year.

When the Cubs dropped out of contention in July, president of baseball operations Jed Hoyer started cleaning house and Kimbrel was one of the multiple stars to be traded.

In a move that looked pretty good at the time, the White Sox acquired Kimbrel and sent injured second baseman Nick Madrigal — the No. 4 overall pick in the 2018 draft — and relief pitcher Codi Heuer to the Cubs.

The Sox wound up making the playoffs with Kimbrel in their bullpen, but the 33-year-old righty contributed very little.

“It definitely didn’t turn out like we planned,” Kimbrel admitted Thursday at the White Sox’s Camelback Ranch training camp.

Primarily setting up all-star closer Liam Hendriks turned out to be a terrible role for Kimbrel, who also had mechanical issues he couldn’t get fixed.

Hendriks is not going anywhere after leading the American League with 38 saves last season, and that’s put Kimbrel right back on the trade market.

“I think we had discussions toward the end of last year and it kind of looked like that’s where it might have been going,” said Kimbrel, who ranks No. 9 all-time with 372 career saves. “But here we are, for multiple reasons. I’m here to get ready for the season and do whatever I need to do. If it’s close out a game, I’ll close out a game. If it’s coming and getting a starter out of a jam, I’ll do that as well.

“I’m here to win ballgames. This team is really good. It’d be nice to be a part of it and do my part to help this team win.”

A flurry of free agents signed before MLB owners locked out the players in early December, so many potential trades were pushed to the side.

Now that baseball is back up and running, there are deals to be made and Kimbrel is almost certain to be on the move.

“I was very respectful with how straightforward and transparent they were through everything,” Kimbrel said. “Thinking about my career and what I can do and having that on the forefront of their mind, about what might be best for me. In my mind, what’s best for me is winning ballgames. I want to put another ring on my hand. At the end of the day, that’s really it.”

Even though he’s due $16 million this season on the final year of his contract, Kimbrel is a proven commodity and he should be fairly easy to move. Ross would love to have him back on the Cubs, and plenty of other teams are also in the mix.

“I think the best fit is always to win ballgames,” Kimbrel said. “That’s all I want to do, is win. Wherever that is, wherever they decide I need to be, that’s where I’m going to be doing it.”

In a split-squad game at Camelback Ranch, right fielder Andrew Vaughn was 2-for-3 with a home run in the Cactus League opener. Third baseman Jake Burger was 2-for-2 with a walk and Yoelqui Cespedes hit a 2-run homer.

Pete Ward, who played for the Sox from 1963-69 and finished second in AL Rookie of the Year voting, died Wednesday night in Lake Oswego, Ore., at the age of 84.