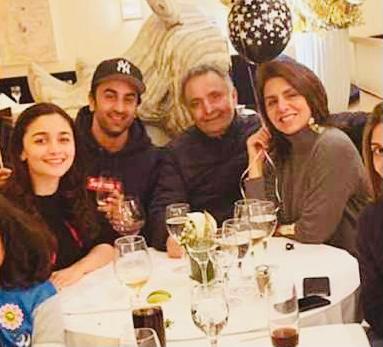 Last year on April 30, Rishi Kapoor breathed his last. The veteran actor, who was diagnosed with leukemia in 2018, diedafter a battle with the cancer for more than two years, at the age of 69. He even clocked more than 10 months in New York where he underwent medical treatment. His last film Sharmaji Namkeen is a reminder of the class actor that he was. Be it his personal life or his professional success, Rishi Kapoor enjoyed it all. But he had a wish during his last days that remained unfulfilled when he died.

On the recent episode of Hunarbaaz, a talent hunt reality show, Neetu Kapoor got teary eyed remembering Rishi Kapoor. While talking about her husband, Neetu opened up on his last wish. She said Rishi wanted to see their son Ranbir married in front of his eyes but sadly, that couldn’t become a reality when was alive.

“This was Rishi ji’s last wish ki mere bete ki shaadi ho. Aur mai dekh rahi thi unki last wish puri ho rahi hai. I only wished that he was there to see it, but he is watching,” Neetu Kapoor said.

Ranbir Kapoor got married to Alia Bhatt on April 14. The two were dating for more than five years before they tied the knot. The wedding, which took place at Ranbir’s Vastu residence in Mumbai, was an intimate affair with just close friends and family in attendance. Ranbir and Alia fell in love on the sets of Ayan Mukherji’s upcoming film Brahmastra. On many occasions they expressed their love for each other in public.

In fact, Alia Bhatt shared a beautiful bond with Rishi Kapoor, who often expressed his fondness for her. Alia even went to see Rishi Kapoor during his treatment in New York.