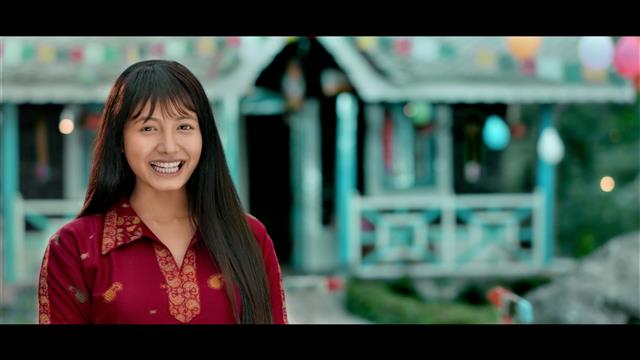 Social drama
Balika Vadhu 2 on Colors TV
Launched in August 2021, this show is a reboot of the long-running social drama series by the same name. Season 2 was announced with an aim to bring about a change and reignite conversations to eradicate child marriage custom from society. The ‘nayi Anandi’ is now grown up and pursuing her graduation, inspiriting all girls out there.

Identity issues
Apna Bhi Time Aayega on ZEE5
A daughter can surely make it big in life if given the opportunity. This show tells the story of Rani (Anushka Sen), who is raised by her father to believe that sky is the limit for her. With her father’s constant encouragement, Rani achieves a place she rightfully deserves and establishes her own identity, rising above her roots.

Strong will
Nima Denzongpa on Colors TV
The show highlights the everyday struggles and prejudices faced by Nima (Surabhi Das). A simple girl from a middle-class family who moves to Mumbai and gets married with the love of her life. But little does she know that the city of dreams is about to turn into her worst nightmare. After a divorce from her husband, she takes the responsibility of bringing up her three daughters single-handedly.

Defying stereotypes
Dhadkan Zindaggi Kii on Sony Entertainment Television
Women of today are a force to reckon with! With this concept, this show traces Dr Deepika’s journey, who continues to defy stereotypes in her personal and professional life to fulfil her dream of becoming a successful surgeon. The show stars Additi Gupta in the lead role.

Family responsibility
Thoda Sa Badal Thoda Sa Paani on Colors TV
The show revolves around Kajol (Ishita Dutta), who take over family responsibilities and father’s debt-ridden business, after he passes away. A clear example of gone are the days when girls were just a ‘paraya dhan’ and boys were considered as the family’s breadwinner!

Against all odds
Barrister Babu on Voot
The story of this show is about Bondita Das, a child bride. Her husband fights the oppressive and patriarchal society to educate her to become a barrister. Educated and empowered, Bondita takes on social evils while also tackling obstacles in her personal life. The show went off air from Colors channel last year, but is streaming on Voot now.